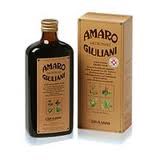 US biopharmaceutical company Celgene Corporation entered into a global license agreement with Nogra Pharma Ltd, a private pharmaceutical company based in Dublin, Ireland, to develop and commercialize GED-0301, an oral antisense DNA oligonucleotide for the treatment of moderate-to-severe Crohn’s disease and other indications (download here the press release). The deal might reach a 2.5 billion dollars value, with Nogra Pharma receiving a 710 million dollars upfront payment.
Founded by Mario Germano Giuliani, Sergio Baroni, Lorcan Tiernan and  David Hammond, Nogra Pharma Ltd is the new name of former Giuliani International Ltd, an Italian group controlled by the Giuliani family since decades, well known in Italy as the producer of Amaro medicinale Giuliani, a digestive bitter liqueur.
More in detail, under the terms of the license agreement, Nogra Pharma Limited will receive an upfront payment of 710 million dollars, regulatory, development and net sales milestone payments and tiered royalties. Aggregate payments for regulatory and development milestones could potentially be 815 million dollars for multiple indications. Starting from global annual net sales levels of 500 million dollars, aggregate tiered sales milestones could total a maximum of 1,050 millions if annual net sales reach 4 billion dollars.
A double-blind, placebo-controlled, multicenter phase II trial of three doses of GED-0301 in 166 patients with active Crohn’s disease has been completed. The data have been submitted to a major medical journal and will be presented at an upcoming medical congress. Based upon these results, Celgene plans to initiate a phase III registration program by year-end 2014.
The license agreement will become effective upon the expiration or termination of the applicable waiting period under the Hart-Scott-Rodino Antitrust Improvements Act of 1976, as amended.