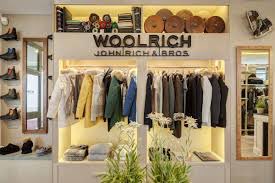 Woolrich Inc., America’s oldest outdoor clothing company and one of the world’s leading manufacturers of outdoor lifestyle apparel, and Woolrich Europe, licensee of the trademark for Europe and Asia, owned by Italy’s WP Lavori in Corso, jointly-announced yesterday the completion of an agreement to merge into Woolrich International, a new holding company responsible for leading and accelerating the future growth and development of the Woolrich brand, including the iconic Arctic Parka outdoor line (download here the press release).

Woolrich International will be controlled by WP Lavori In Corso with an 85% stake, MF Fashion wrote, adding that WP Lavori In Corso was founded in 1982 in Bologna by ceo Cristina Calori, who has been a partner Woolrich since 1984 and since 1998 has been evolving the collaboration into an official license to design, produce and distribute Woolrich products in Italy, Europe and Asia.

The agreement includes all of the entity’s industrial assets, the rights associated with the brand and the entire distribution network, made by 24 Woolrich shops, 20 of which in Europe, 2 in Usa and 2 in Japan. Financial terms of the private transaction have not been disclosed but the new group is expected to reach about 170 million euros in revenues in 2016. WP Lavori In Corso alone in 2015 reached 125.5 million euros in revenues and 14.8 millions in ebitda with a net financial debt of 8.2 millions (see here an analysis by Leanus, after free registration and login).

The merger integration and development business plan is supported by a specifically structured  financing facility supplied  by a banks’ pool composed of Intesa Sanpaolo, UniCredit and Bper Banca. The financing includes also a tranche in favor of Woolrich Inc. to back up the business development in the Usa, released through the New York’s  branches of Intesa Sanpaolo, UniCredit and the support of Bper Banca. Banca Imi and Unicredit have been joint mandated lead arrangers & bookrunners in favor of W.P. Lavori in Corso. Deloitte Financial Advisory has acted as  financial advisor for  Woolrich Europe Spa. Banca Imi has been  also agent of the financing arrangement. Financo, LLC. has acted as financial advisor for Woolrich Inc.

The newly-formed company, Woolrich International will be headquartered in London and will coordinate the operating offices in New York City, Woolrich Pennsylvania, and Bologna and Milan, Italy. The new entity will have a global workforce of 300 people. This transaction allows the Woolrich brand to continue its path of development with prospects for an annual average growth of 12% from 2017 to 2020, expected to reach an annual turnover of 266 million euros by 2020, employing 500 people. This expansion is supported by a capital expenditure plan of about 45 million euros, aimed to reach over 60 points of sale.

Woolrich International, at the end of the 4 years strategic plan, aims  to be listed through an ipo in a prominent international stock market with the purpose to sustain the second growth phase on the emerging markets with superior potential. The execution of the ipo will be evaluated even considering possible strategic alliances which can accelerate the implementation  of the 2017-2020 plan.

Founded in 1830 by John Rich with the establishment of the original Woolrich Woolen Mill, still operative in Pennsylvania, Woolrich Inc. is the epitome of the history of the U.S. outdoor apparel industry. What started during the Civil War as a response to the need for appropriate clothing and blankets has evolved into an original American clothing company that weaves its tradition and craft into purpose-inspired, functional, protective and durable products.

Mrs. Calori, chairman and ceo of WP Lavori in Corso and Woolrich Europe, will lead the merged organization, assuming the role of chairman of Woolrich International. Paolo Corinaldesi has been appointed ceo. Andrea Canè, creative director for Woolrich Europe, has been appointed global creative director with complete creative responsibility for all Woolrich collections and brand image. Nicholas Brayton, 7th-generation descendent of founder John Rich, will continue his role of president of Woolrich Inc., leading the North American market.

Francesco Trapani acquires a 9% stake in Tages Holding. A new private equity player might be on its way