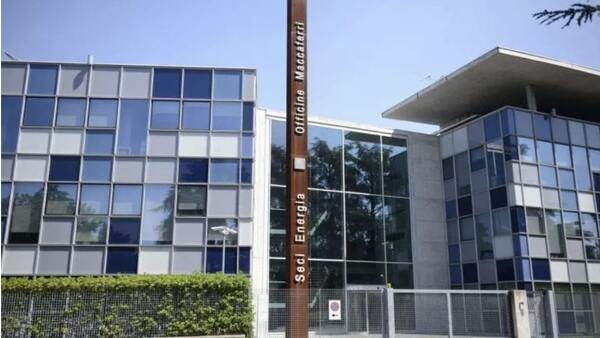 Apollo Global Management raises its stakes on SECI, the holding company of the Maccaferri family, in view of the hearing at the Court of Bologna, scheduled for next May 18th, when the judges will have to decide whether or not to accept the arrangement with creditors in continuity which will be filed by the company in a more or less modified version compared to the one filed last February (see here a previous article by BeBeez).

According to BeBeez, in fact, Apeiron Management spa, Apollo’s exclusive advisor in Italy, has delivered to the SECI board a binding offer worth 215 million euros, an improvement on the 200 million euros non-binding proposal sent a few days before last March 23th, when the hearing was originally set before the Court, then postponed to May 18th (see here a previous article by BeBeez).

We recall that Apollo’s offer would be part of a proposal for an arrangement with creditors in continuity in which Apollo would play the role of contractor (assuntore is the exact legal word in Italian). SECI is burdened by a total gross debt of approximately 750 million, of which approximately 500 million are financial debts, between banks and bonds. The 215 million euros would be paid in a single payment by Apollo and would be used to repay 100% senior creditors, including bondholders (exposed for about 90 millions) for a total of just over 100 millions, while the unsecured creditors would be repaid at 15% (was 14% in the non-binding proposal). The offer of the fund would also help protect the employment levels of the holding company of the group active in the mechanical engineering, energy and real estate sectors.

For the future, if the operation were to go through, Apollo’s goal would be to manage assets and their enhancement, avoiding sales and traumatic repercussions on the workforce.

It is now up to SECI’s board of directors to decide what to do in the coming days. In fact, we recall that the alternative hypothesis on which the Maccaferri family is working is a rescue plan that does not involve third-party investors, but is based on the cash flows deriving from the sale of specific assets, which in part  have already taken place and which has already brought about 50 million euros in the coffers of the holding (see here a previous article by BeBeez) and which for another part will have to be carried out in the years to come. All that in addition to the dividends of the rich subsidiary Manifattura Sigaro Toscano. According to BeBeez, Apollo is said not be the only subject to have come forward with an offer for SECI, but it seems to be the only one to have filed a binding and solid offer. That said, it seems that the family’s orientation at the moment remains to go ahead alone.

Previously Carlyle together with its co-investors Man GLG and Stellex Capital, gathered in the Ad Hoc Group (AHG), that is the group of bondholders that holds 54% of the 190 million euro bond of Officine Maccaferri, had submitted an offer for the rescue of SECI, complementary to the one for the subsidiary Officine Maccaferri. In detail, the offer included a bridge loan of 10 millions for SECI and a loan of up to 12.5 millions for the subsidiary Samp (with a further 12.5 millions through the support of SECI and Samp by an additional financial partner, which had to be Muzinich). However, that offer had not been accepted and Carlyle and its co-investors therefore focused only on Officine Maccaferri and at the beginning of December they won the auction called by the Court of Bologna to take over 100% of the company (see here a previous article by BeBeez).

Apeiron, led by Alessandro Fracanzani, has already helped Apollo invest 300 million euros in Italy from March 2018 to Summer 2020, when Apeiron was then awarded a new commitment from Apollo for another 100 million to invest in our country, possibly increasing if interesting opportunities arise (see here a previous article by BeBeez) as is evidently is the case of SECI.