Cerberus Capital says no to rescue proposal by Saco’s shareholder. The building company will be liquidated

byValentina Magri
in Bad loans and other NPLs, Companies, Crisis & Relaunch, Private Equity
A A
Share on FacebookShare on Twitter 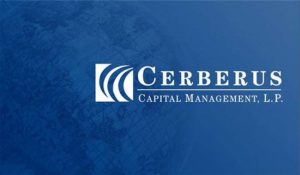 Cerberus Capital Management, the main creditor of Italy’s  distressed construction group Saco spa (Santarelli Costruzioni), said no to the rescue proposal put forward by Ascoli-based company owned by entrepreneur Pietro Santarelli, Corriere Adriatico, wrote. The decision was taken at an international committee of Cerberus partners that was also attended by Lady Moon, an investment vehicle company owned by Cerberus, specialized in securitization and in charge of the Saeco dossier.

Cerberus had acquired Saco’s debts as part of the purchase of Banca Marche’s bad loans, which were part of the 760 million euros GBV bad loans of the Rossini portfolio sold to Cerberus in November 2017 by Rev, the bad bank where 10.3 billion euros of impaired loans of Banca Etruria, Carichieti, Cariferrara and Banca Marche were transferred  (see here a previous post by BeBeez). Banca Marche’s exposure to Saco amounted to 135 million euros and according to Il Sole 24 Ore, talks between Seco and Cerberus about those loans had been underway since June 2018.

The Marche-based construction company had accumulated a total debt of 250 million euros due to the Italian building crisis. The company had then requested the so-called blank arrangement  (concordato in bianco) to the Ascoli Court last April, which had then extended the deadline to file the bailout plan until yesterday (see the Court’s decree granting the term here). Given the stop by  Cerberus, no bailout plan will be presented and therefore the company is destined to fail and liquidate its assets, for an estimated value of around 130 million euros: real estate units and building areas throughout Italy, from San Lorenzo district in Rome, at the apartments in Guidonia, in the Cardeto area of ​​Ancona (the former Umberto I) up to Fermo, as well as 200 small real estate units consisting mostly of land, parking spaces and garages.