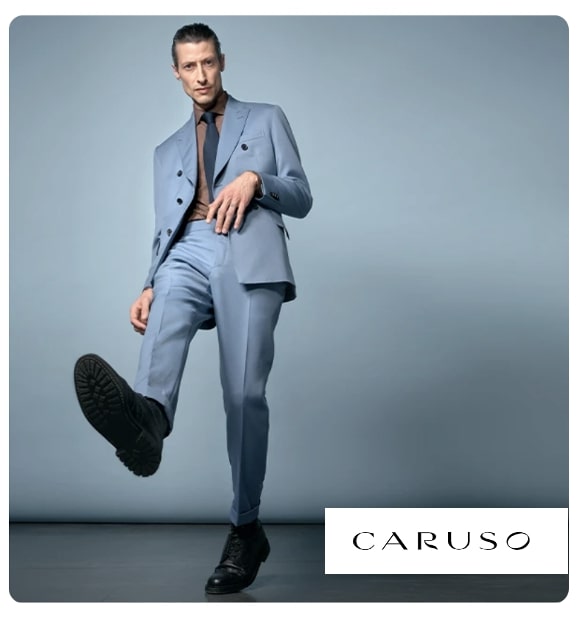 Chinese conglomerate Fosun International subscribed a capital increase in Raffaele Caruso spa, an Italian men’s luxury brand, of which it already owned the majority, and at the same time canceled the company’s financial debts, acquiring the banks’ exposures at a discount.

The transaction, which then brought the company back into financial balance, was managed by Linklaters as legal advisor and by Agfm as financial advisor, while for corporate aspects the company made use of the Cmos law firm.

Joann Cheng, chairman of Fosun Fashion Group (FFG), commented: “We are pleased with the transaction that has just been concluded which demonstrates the commitment of Fosun fashion group towards the company, intended both as a brand of excellence and refined taste and as center of development and production, with a fundamental role in the global luxury supply chain. With this agreement and with the support of FFG and its resources, the company will accelerate its international development “.

Fosun had acquired 35% of Raffaele Caruso in 2013, alongside the then ceo Umberto Angeloni, former ceo of Brioni, another Italian men’s luxury brand (see here a previous article by BeBeez), who until then was unique shareholder of the company through Aplomb srl, together with his partner Ruggero Magnoni (well-known investment banker, among other things today senior advisor of Trilantic Europe and non-executive director of Compagnie Financière Richemont, formerly Nomura, formerly of Lehman Brothers).

Subsequently, in October 2017 Fosun had risen its stake to majority, subscribing a capital increase in Raffaele Caruso, while Aplomb srl had decreased its stake to the minority. At the same time, the leadership of the company passed to Marco Angeloni, Umberto’s son, who was appointed ceo (see here a previous article by BeBeez). Following that transaction, Fosun had come to hold about 74% of Raffaele Caruso through Virtuoso Investment Holdings Luxembourg sarl and Hong Kong-based Luminary Talent Limited.

Raffaele Caruso, founded in 1958 by the Neapolitan tailor Raffaele Caruso, was listed on the then MAC market in Piazza Affari in 2007. Umberto Angeloni had invested in the company starting from 2009 and then acquired 100% in March 2013 following a ‘takeover bid aimed at delisting and launched with the Aplomb vehicle, together with Mr. Magnoni.

Raffaele Caruso is based in Soragna (Parma) and is a leader in the manufacturing of high-end menswear clothing both under the Caruso brand and for the most important men’s clothing brands in the world, including Dior Homme and Lanvin.

Led by ceo Marco Angeloni, Raffaele Caruso has around 500 employees. The latest available balance sheet is still that of 2018, which had seen revenues of 51 million, an ebitda of 2.6 million and a net financial debt of about 20 million (see here the Leanus analysis, after registering for free). Thanks to the relaunch and capital strengthening operation, the company now intends to execute its development plan which will concern both the Caruso brand and the Fabbrica Sartoriale, which will continue to be the reference partner for the most important fashion brands in the luxury segment, which intend to develop Made in Italy projects of the highest quality and content.

Fosun in Italy has also recently acquired the fashion shoe manufacturer Sergio Rossi from Investindustrial (see here a previous article by BeBeez). In July 2019 it had bought the majority of Tenax Capital, the asset management boutique specializing in investments in financial equity, private debt of SMEs, and insurance link securities based in London and until now wholly owned by the founder Massimo Figna (see here a previous article by BeBeez).

Also in Italy, Fosun, through the real estate division Fosun Hive, in July 2015 also purchased Palazzo Broggi, the former headquarters of Credito Italiano in Piazza Cordusio in Milan. Idea Fimit sgr sold it for 344 million euros. The Palazzo Broggi redevelopment project envisages its transformation into The Medelan retail hub with an investment of 100 million euros, thus bringing the overall commitment for Fosun on the property to approximately 450 millions (see here a previous article by BeBeez). The building, which will be a mix of retail, offices and restaurants, will open by the end of the year (see here ClassxhSilkroad).