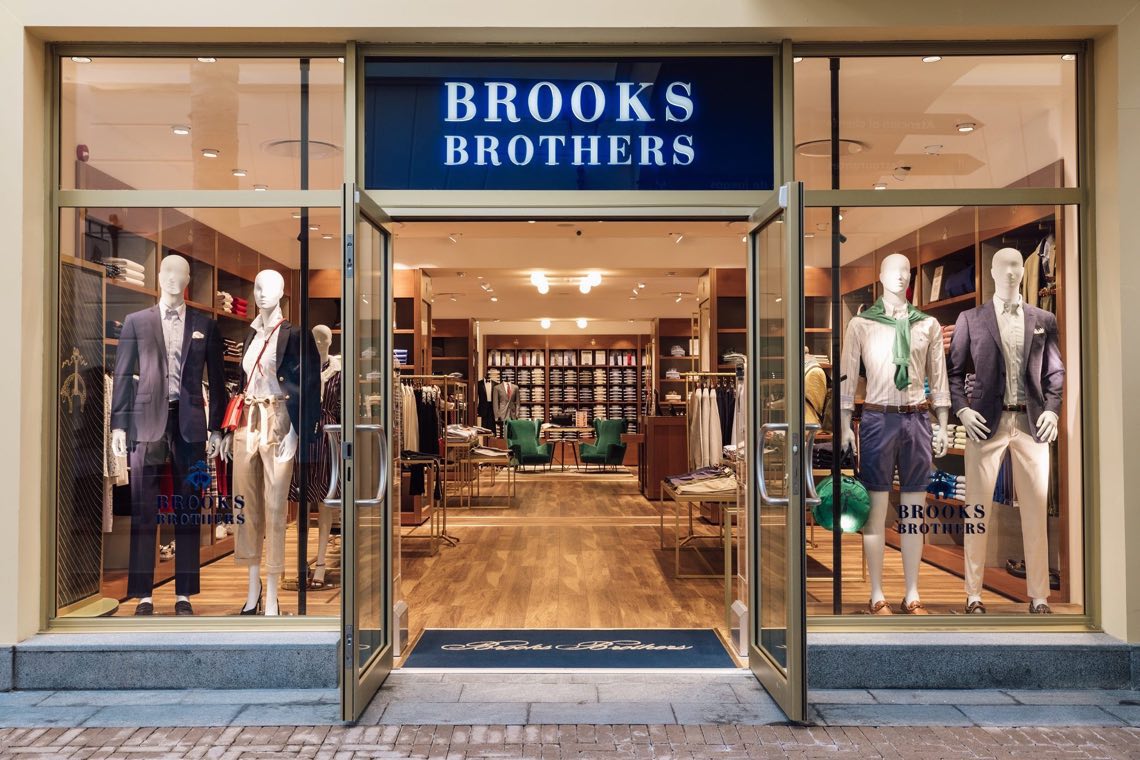 An Italian club deal of private investors enters the race to rescue Brooks Brothers, the historic American men’s clothing brand that is about to file an application for Chapter 11 in the US (see here a previous article by BeBeez). The promoter and coordinator of the Italian consortium is Luciano Donatelli, an entrepreneur from Biella (Piedmont), today engaged in the project of a green citadel in Biella and who in the past had attempted to buy Malo in the auction organized by the court of Florence (see here WWD), then won by a consortium of three other entrepreneurs (see here a previous article by BeBeez).
Donatelli  announced the news to MF Milano Finanza  last week, explaining that the white knight will be the newco Club Deal 8. “In addition to me as coordinator, in the team that has the goal of keeping Italian the brand now led by the Italian entrepreneur Claudio Del Vecchio, among others there are also Giglio Group, listed on the Star segment of Borsa Italiana, an important Como textile group, the Turin lawyer Lorenza Morello who represents a Chinese footwear group, Brando Crespi for some US investment funds and the Dentons law firm in New York as an advisor, “said Donatelli.
Alessandro Giglio, ceo of Giglio spa, confirmed in a statement released on Friday 10 July (see AdnKronos here): “We intend to confirm that we are the leader of this consortium to keep in Italian hands a centenary and prestigious brand such as Brooks Brothers. that, thanks to our skills and our know-how in e-commerce and digital marketing, we can concretely contribute to a global relaunch of the brand. We are convinced that a strategy focused on e-commerce can give new impetus to the brand and contribute to a widespread distribution of its products all over the world. Giglio Group’s platforms are global, our logistics offices are already present in China, the United States and Europe and we can ensure digital coverage on the main market places and social networks in the world. This is the first of a series of operations that are part of a new vision of growth and development of the Giglio Group which I intend to personally deal with large-scale international projects, large strategic and industrial partnerships and new digital business lines “.
Mr. Donatelli had long been fondling the idea of ​​taking over Brooks Brothers: “Already 3-4 months ago before the coronavirus I had asked Dentons if he represented me to propose a club deal at Brooks Brothers. It was known that he was sailing in bad water. I had looked for Del Vecchio,” said the entrepreneur from Biella. This week the Italian consortium will have access to the corporate data of the American company. The definitive offer for Brooks Brothers will be structured in about 70 days. The business plan sees the American company’s revenue  at 3 billion dollars in 5 years, with 70% of its online revenues and stellar management. If everything goes according to plan, a pool of investors will be added, including an UK-based fund. All subjects also interested in the production aspect and to relaunch the brand starting from the great heritage and digital development. If the funds come in they will make a stew. Our goal instead is to keep Brooks Brothers united all over the world and relaunch it “.
In fact, private equity Solitaire Partners is also in talks to take over the company, led by David Jackson, former ceo of Istithmar World, the Dubai group that between 2007 and 2012 controlled the well-known chain of department stores Barneys. Other potential interested in the dossier are also said to be Authentic Brands Group and Simon Property Group (see here a previous article by BeBeez). From rumors it seems that the first offer of Authentic Brands Group is around 300 million.
Brooks Brothers was founded by Henry Sands Brooks in Manhattan in April 1818. In 1988 it was taken over by the English Marks & Spencer, who in 2001 sold it to the Retail Brand Alliance (RBA, which changed its name to The Brooks Brothers. Group), vehicle of Claudio Del Vecchio, current ceo and son of Leonardo, patron of Luxottica. Brooks Brothers was in a critical situation and looking for a new partner for some time, to which the repercussions of the coronavirus have been added (see here a previous article by BeBeez). Brooks Brothers’ attempted sale began last year, when a mandate was given to New York investment bank PJ Solomon to probe some options. Claudio Del Vecchio in an interview with the New York Times last June had said that the offers received until before the pandemic had not satisfied him. There was talk of 300-350 million dollars. Del Vecchio said that revenues remained stable around one billion euros between 2017 and 2019 and the company is burdened by a lower debt