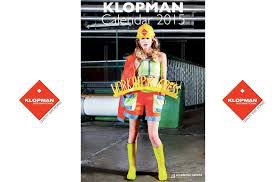 The agreement came after Exim Bank of India enforced a pledge from Klopman’s previous owner MW Unitexx, who had bought the company in 2008 partly financed by a loan issued by the bank. MW Unitexx is an Indian company controlled by  MW Corp, a Luxembourg holding part of  S.Kumars Limited, an Indian textile group owned by the Kasliwal family.  Sellers to MW Unitexx back then had been private equity funds Ipef IIImanaged by BS Private Equity and Mps venture I managed by Mps Venture sgr on a 70 million euros enterprise value basis, after the company had reached 125 millione uros in revenues with a 10% ebitda margin (see here a press release of that time).

Klopman has been active in Italy since 1968with its production plant in Frosinone and is now managed by ceo Alfonso Marra. Klopman is one of the leading European companies in its sector with one out of three workwear pieces being made by a Klopman’s fabric and about 120 million euros in revenues.

Klopman reached 116.4 million euros in revenues in FY ending in April 2016 with 11.7 millions in ebitda and a 55.2 million euros net financial debt (see here an analysis by Leanus, after free registration and login).

TDV Industries was instead founded in 1866 in Armentières in the North of France by the Coisne and Lambert families.

The new group will reach about 150 million euros in revenues and will cover all the European market and a major part of Asian market, with about 650 employees,