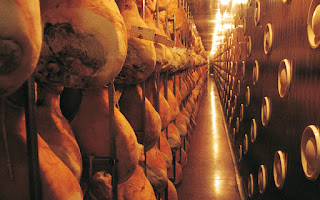 The receivership plan of Italian food company Ferrarini gained the approval of 72% of its creditors (see here a previous post by BeBeez). Pini, an Italian competitor, will invest in Ferrarini with the financial support of AMCO. The company also attracted the interest of Opas, another Italian trade buyer, that tabled a bit with Intesa Sanpaolo,  Unicredit, Gruppo Bonterre – Grandi Salumifici Italiani, and HP.

Fondo Umbria‘s Monteluce project for the eponymous area of Perugia, an Italian city in the central region of Umbri, will start again after it received the support of Prelios’ Back2Bonis, a vehicle for investing in real estate UTPs that attracted the investments of AMCO and other Italian banks (see here a previous post by BeBeez). Back2Bonis poured further resources in Fondo Umbria and the Monteluce project through the securitization vehicle Ampre, which is born with Progetto Cuvée, a creditor of the fund for more than 29 million euros. Such resources will pay part of Fondo Umbria’s debt and will help to start again the construction works.

In 3Q22 the number of banckruptcy procedures in Italy have gone down 20% from 1Q21, Cherry Sea reported (see here a previous post by BeBeez). The company belongs to Cherry, an AI bases fintech for the credit sector that Giovanni Bossi, the former ceo of Milan-listed Banca Ifis, created.

Guber Banca, an Italian investor in NPEs, appointed Damiano Pascucci as Head of Special Situation Lending and Andrea De Pino as Head of Banking Products (see here a previous post by BeBeez). Pascucci will have to provide distressed companies with credit facilities while De Pino will have to develop the business of traditional banking products.

Chiron Energy Capital, an Italian renewable energy company, received from Unicredit a green project financing facility of 31 million euros spread over different credit lines (see here a previous post by BeBeez). The company will invest such proceeds in the development of eight photovoltaic plants in Veneto and Piedmont with a total power of 21.2 MW.

Farmagorà Holding, an Italian network of drug stores that Francesco Carantani and Marco Premoli founded in 2021, received from Unicredit a financing facility of 15 million euros with a 8-year tenure (see here a previous post by BeBeez). The company will invest such proceeds in acquisitions of shops. Carantani said to BeBeez that in 2022, Farmagorà expects to generate sales of 40 million. Italmobiliare acquired a 22.05% of the business through the subscription of a 3 million capital increase.

Space Factory, an Italian start-up born in 2015 for developing the minisatellite Irenesat-Orbital, received a financing facility of 2 million euros from Intesa Sanpaolo’s programme NOVA+ (See here a previous post by BeBeez). Space Factory will invest such proceeds in R&D and the achievement of a TRL 9 certification for Irenesat-Orbital.