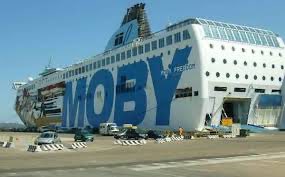 On 29 September, Thursday,  the Milan Court is expected to give its goahead to the receivership plans of Italian shipping companies Moby and CIN that the creditors already approved (see here a previous post by BeBeez). The go ahead by the Court to the two composition plans of Moby and CIN is a necessary condition for the joint arrangement agreement signed on 14 July to be effective. The agreement  provides for the repayment of the bondholders and senior lenders, once the two composition plans have been executed. The joint agreement was signed by Moby and CIN, by the holding company Onorato Armatori srl, by the shipowner Vincenzo Onorato, by the Ad Hoc Group (AHG – composed of Aptior Capital Master Fund, BlueBay Asset Management, Cheyne European Strategic Value Fund and System 2 Master Fund), bondholders of the 300 million euro bond maturing in 2023 and with a 7.75% coupon, listed on the Luxembourg Stock Exchange; by other bond-holding financial institutions of the same bond; by senior lending institutions (AMCO, Banco BPM, Kerdos spv (Prelios), Unicredit, Goldman Sachs International); by newly financed underwriter banks which will be disbursed through a securitization spv; and by Banca Finint and Finint Investments sgr, respectively in the role of retainer of the securitization and manager of a new closed-end fund to which a large part of the fleet of Moby and CIN will be contributed.

The board of directors of Italian ICT Italtel, a company that belongs to PSC Group, Clessidra Capital Credit and TIM, approved the firm’s 2022-26 business plan that targets sales of 365 million euros with a 9.6% ebitda as stated in the receivership agreement with creditors (see here a previous post by BeBeez). The company also aims to expand in Spain, France, Germany, Brazil, Peru and Columbia. Meanwhile PSC group, the major shareholder of Italtel, entered in a receiveship procedure. However this is not going to impact Italtel’s relaunch plan as PSC already fulfilled its 29,9 million euros committment in subscribing Italtel’s capital increase.

In the first six months of 2022, 3957 new bankruptcies were registered in Italian courts, around 20% fewer than those opened in the same period of 2021 (see here a previous post by BeBeez). This was reported by Cherry Sea (see here press release), the bankruptcy justice observatory of Cherry srl, a company that provides artificial intelligence services to credit operators, of which former Banca Ifis ceo Giovanni Bossi (now head of Cherry Bank) is co-founder.

Microcredito di Impresa (MdI), a provider of financing facilities for MSMEs of which Innovative-RFK has a stake, launched a biannual programme for the securitization of commercial credits worth up to 85 million euros (see here a previous post by BeBeez). Beatrix SPV  will issue fungible ABS senior notes (65% – 80%) that illimity Bank will subscribe with an initial commitment of 10 million euros while MDI will retain the junior notes.

Italian movies producer Minerva Pictures and wine manufacturers Barone Ricasoli, Cantine Ermes, Cantine Paololeo, Mastropasqua International, and Tenute Piccini joined the third tranche of Basket Bond di Filiera (i.e. Supply Chain basket bond), a 200 million euros programme that Cassa Depositi e Prestiti and UniCredit launched for financing the domestic and foreign expansion plans of Italian firms operating in strategic sectors (see here a previous post by BeBeez).  Unicredit subscribed 50% of the bonds, while the remaining bonds were securitised by Garibaldi Tower spv that issued asset-backed notes that CDP acquired. The issuances are worth a total of 25 million and each of them has a 6-year maturity. The Basket Bond programme has now supported 12 companies with 67 million

Italian pasta maker La Molisana received from Banco BPM a five-year loan of 3.5 million euros financing facility that is part of the 5 billion programme Investimenti Sostenibili 2020-2023 (See here a previous post by BeBeez). Molisana will invest such proceeds in increasing the amount of renewable energy used for its production process. The company has sales of 185 million.

Aboca, an Italian healthcare company, attracted a 20 million euros financing facility from Cassa Depositi e Prestiti and a 13.5 million credit line from Crédit Agricole Italia, both with the warranty of SACE (See here a previous post by BeBeez). Aboca belongs to the Mercati family and is a benefit company with sales of 210 million euros, an ebitda of 28.5 million and a net financial debt of 94.7 million.

Elettromar, an Italian construction company for the integration of industrial automation systems, attracted a green loan of 1.5 million euros from Unicredit for which Fondo di Garanzia per le PMI – MCC provided a warranty of 80% (see here a previous post by BeBeez). The amortising period is of 3 years. The company will invest the proceeds in paying earlier its suppliers. The financing is part of Unicredit’s Finanziamento Futuro Sostenibile programme through which the bank supports the companies that aim to improve their sustainability. Elettromar will pay a lower interest for the loan if it will develope a corporate Welfare system in three years. Elettromar has sales of 31 million

Italian utility Bluenergy received from Intesa Sanpaolo a 7 million euros loan for implementing ESG development plans (see here a previous post by BeBeez). Bluenergy also subscribed with Intesa Sanpaolo an insurance plan for protecting its employees from serious diseases. The company has sales of 416 million and an ebitda of 32.1 million

AM Best Affirms Credit Ratings of ASR Re Limited