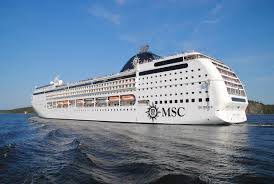 Heavy balance in 2020 due to the Covid-19’s lockdown for MSC Cruises, the Swiss shipping company controlled by the Italian entrepreneur Gianluigi Aponte through MSC Mediterranean Shipping Company Holding sa, which in fact has already put its hand to its pockets and injected liquidity for 222.5 million euros,  ShippingItaly reports.

Actually the company closed FY 2020 with revenues of 705 million euros (down from 3.2 billions in 2019) with a negative operating income of 797 millions (from +543 millions in 2019) and a net loss of 939 millions (from a profit of 405 millions). In detail, the 222.5 millions injected by Aponte consist of a 172.5 millions loan non-repayableuntil April 2027 and other 50 millions for the acquisition of 100% of Bluvacanze Group, one of the key partners on the local market. already part of the group since 2015 (see a previous article by BeBeez).

After all, the company was forced to suspend all its itineraries in mid-March last year only to resume (first) at the end of August with some departures along the Italian coasts with the MSC Grandiosa ship and a total of 60 thousand passengers. embark on post-lockdown. Approximately 685 thousand passengers were embarked throughout the year (-75%) and the filling percentage of ships dropped to 95% (from 112% in 2019). At 31 December last, 17 units were in the fleet (no new entries during the year) for a total capacity of 17.4 million low beds per day. In the annual report of the group we read that in the coming months, MSC Cruises intends to keep its liquidity as much as possible (for example by postponing non-priority investments) and to strengthen its financial position, through renegotiation of agreements with lenders, with export credit. agency and with the issue of new debt instruments.

Speaking of debt, we remind you that in November 2016 MSC placed 175 million Swiss francs of 5-year senior unsecured bonds with a 3% coupon at a yield equal to 345 basis points above the mid swap rate (see a previous article by BeBeez) . At the beginning of June 2016, the subsidiary Grandi Navi Veloci (GNV) had instead placed 75 million euros of 6-year subordinated bonds as part of a debt refinancing operation for 320 million euros, including a package of 245 million senior secured credit lines (see a previous article by BeBeez). At the end of 2015, the entire capital of GNV had passed under the control of the MSC group, which had also acquired the stake in the hands of Charme Investments (1.56%) and Idea Capital Funds sgr (see a previous article by BeBeez). The latter had in turn risen in the share capital of GNV in June 2015, purchasing the 35% stake that belonged to Associated Investors and thus adding it to the 3.12% it already owned.

The MSC group, founded in 1970 by the Aponte family, has 47,000 employees and a fleet of 17 ships. Gianluigi Aponte also heads the Italian holding company Marinvest, which last September completed the reorganization of the Messina Group, an Italian shipping company founded by Ignazio Messina in 1929, with AMCO and Banca Carige. Under the agreements, MSC will acquire 49% of the capital of the group (see a previous article by BeBeez).