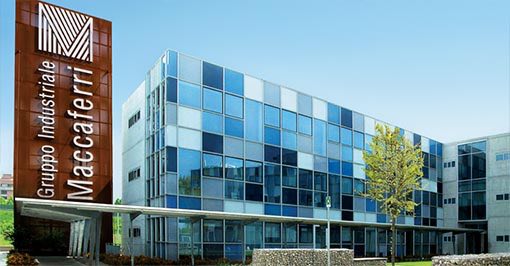 Officine Maccaferri’s bondholders, ie Carlyle and its co-investors GLG and Stellex Capital Management (together,  the Ad Hoc Group or AHG), have given their go-ahead to the modification of the 190 million euro bond regulation to allow, among other, to receive new loans for an amount of up to  70 million euros with the aim of supporting the recovery of the company and improving its liquidity situation; to initiate a restructuring and relaunch process without an “automatic acceleration” of the loan; and (iii) to issue additional bonds for a total nominal value of 780k euros in favor of the Ad Hoc Group, as consideration for the forbearance agreement signed last February (see here a previous article by BeBeez), which stopped the possibility of payment requests after the company, at the end of 2019, had not paid a debt installment.

The go-ahead from the bondholder assembly, which voted in favor as for a 73.64% of the value of the bonds, was announced on Friday 13 March, together with the appointment of the lawyer Ernesto Apuzzo as joint representative of the bondholders ( see the press release here).

Meanwhile, on Friday 13 March, the Board of Directors of Seci, the holding of the Maccaferri group, also met and discussed the rescue offer by Carlyle and its co-investors tabled for Seci itself and for its subsidiaries Samp and Officine Maccaferri, based on the proposals made at the beginning of March (see here a previous article by BeBeez). The draft plan included: new finance for Seci (10 million euros), Samp (up to 25 millions) and Officine Maccaferri (60 millions); the repayment of the three loans upon approval of the composition of the three companies, with the disbursement of super senior post restructuring finance; guarantees on both loans; the dilution of Seci to 4% of Officine Maccaferri, while the bondholders would rise to 96% of the capital. Carlyle’s definitive rescue proposal accepted by Maccaferri should be included in his receivership plan, to be presented to the Bologna Court.

A communication on the decision of the Seci Board of Directors whether or not to accept the funds’ proposal is therefore expected very soon, also because the time is very tight. In fact, we remind you that on 13 February the Public Prosecutor’s Office filed for bankruptcy pursuant to article 162 of the Italian Bankruptcy Law for Seci (see here a previous article by BeBeez). The Court accepted the request and set a hearing for April 3 to hear the company and the creditors claiming on the assessment of the conditions for filing for bankruptcy. The Prosecutor believes that the company is in a “real irreversible state of insolvency”, with a negative shareholders’ equity of over 65 million euros at 31 December 2018, worsening at around -120 millions at 30 September 2019. The bankruptcy petition was a due act of the Public Prosecutor’s Office, considering that Seci had not respected the deadline of January 2020 for the presentation of the plan. The bankruptcy process will cease when the company presents the recovery plan to the Court.

The offer by Carlyle and colleagues does not concern other companies of the group for which offers made by other subjects are on the table. In particular, last February Bonfiglioli Riduttori presented an offer for Sampingranaggi (see here a previous article by BeBeez). While for Sampsistemi Cutting Tools, a possible joint venture with an American company is being worked on, Il Resto del Carlino reports.

The Maccaferri group had opened the a so-called blank receivership plan for Seci holding at the beginning of June 2019; for Seci Energia, sub-holding of the energy sector; and for Enerray, an energy company. Subsequently, the construction company Sapaba, the sugar producer Sadam and the factoring company Felsinea Factor, also requested the agreement, for a total of 400 employees involved out of the 4,500 total of the Maccaferri Group (see here a previous article by BeBeez) and Samp, mechanical engineering company (see here a previous article by BeBeez). The plan was presented to the Court for Felsinea Factor, which will be liquidated, and for Enerray, of which the maintenance company branch has already been leased to Lt Holding (also photovoltaic sector), which is already bound to the purchase. Sapaba, Exergy (sold in October 2019 to the Chinese of NanjingTica Ther, see here a previous article by BeBeez) and  Sebigas pare innstead going on with their own receivership procedure.

The coronavirus weights on Aston Martin, losing 30% on the LSE, after having announced its planned capital increase will be of 536 mln pounds