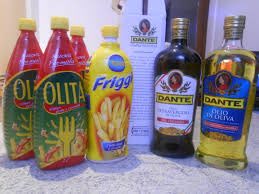 The deal is part of a debt restructuring agreement with senior lending banks on 60 million euros of debt, MF Milano Finanza writes today.

Oleifici Mataluni reached 75 million euros in revenues in 2015 with an ebitda of just 1.8 millions and a 6 millions loss. Oxy and Attestor are targeting 140-150 million euros in revenues and 15 millions of ebitda in 5 years, a target that will allow the company to repay its commercial and financial debts and giver returns to all the stakeholders, including the two private equity funds.

Founded in 1935, the company started an m&a campaign in 2006 which has been enlarging its products portofolio with brands such as Topazio, OiO, Lupi, Minerva, Olita and Olio Dante itself. The latter was bought in 2009 from Spanish group SOS-Cuetara, owned by the Salazar Bello family, which in turn had bought it from  Unilever the year before.

Attestor Capital already coinvested in Italy together with Oxy Capital in Ferroli (see here a previous post by BeBeez) and is said to have bought about one billion euros of Monte dei Paschi bank’s subordinated bonds last Summer which it is going to to swap it into equity next November as part of a wider recapitalization plan of the Italian bank.