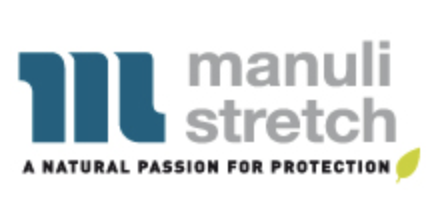 Oxy Capital, an Italian private equity firm with special focus on restructuring companies, and Credito Fondiario, a bank specialized in managing and investing in non performing exposures, agreed to rescue and relaunch Gruppo Manuli Stretch, an Italian company which is a world leader in the prodcution of flexible plastic packaging for industrial uses that was burdened by 55 million euros of banking debts (47 million of net financial position at the end of 2017) versus just 9 million euros of consolidated ebitda in 2017 after 280 million euros in revenues.

BeBeez and MF Milano Finanza were told by sources that the family of Sandro Manuli, who had been owning the company till now, agreed to sell 80% of the group to Oxy Capital l’80% with the fund taking control of the operative management, while the family has maintained ownership of the remaining 20% and will benefit of the eventual good result of the relaunch plan. At the same time the group is changing its name Gruppo M Stretch.

Most lending banks agreed to cooperate and accepted a revision of loans repayment schedule and conditions in line with the relaunch plan ending in 2022.   Intesa Sanpaolo was the most exposed bank and is still in the game, while Unicredit and Mps are said to have sold Oxy Capital their credits at a discounted price.

Credito Fondiario entered the deal issuing a super-senior 12 million euros loan. The new finance aims to support Gruppo M Stretch’s relaunch. This is not the first time for Credito Fondiario to partner with turnaround firm in corproate restructurings issuing new finance. For example the bank supported Oxy Capital in all its previous deals in the relaunching of  Ferroli, Olio Dante and Stefanel.

M Stretch has four manufacturing plants in Germany, Brazil and Argentina with a production capacity of 150,000 tons, 590 employees and a capillary distribution network throughout Europe with seven operating subsidiaries (UK, Russia, Poland, Hungary, Ukraine, Hungary and Romania), which see more than 15 thousand customers as final recipients. The relaunch plan envisaged by Oxy aims at rebalancing the turnover in favor of higher margin productions, so as to reach the end of the plan with revenues in line with current ones, but with an ebitda of 13.4 million euros.

The operation was completed with the support of the Lombardi Segni e Associati law firm, which assisted Oxy Capital and Credito Fondiario. The Dentons law firm advised the creditor banks while the Manuli family was supported by the Bonelli Erede firm. Industrial advisors of the operation are Kpmg and Alix Partners, the plan has been signed by Riccardo Ranalli.

Just a few months ago also Manucor (former Manuli Film Packaging), another company in the packaging sector once owned by the Manuli family, was bought by a turnaround fund. Actually Pillarstone Italy, after having bought Manucor’s distressed debt versus its lending banks in 2015, converted them into equity and injected new finance (see here a previous post by BeBeez). Equinox private equity firm bought a 90% stake in Manuli packaging in 2003, while the Manuli family retained a 10%. The debt burden however was too much for the company and in 2008 a first debt restructuring agreement was signed with lending banks while new equity was invested by two new investors: Reno de’ Medici and Intesa Sanpaolo’s  private equity division.