Paper and cardboard Italian leader Pro-Gest looks for finding cash, with no-core assets sale or a new investor as alternatives

Pro-Gest spa, leader in Italy in the production of paper, cardboard, packaging and packaging, studies a way to rebalance the financial situation, after a series of negative events that have impacted the company since last May, but triggered a general by bondholders only in the last couple of months, bringing down to 47 cents the price of the 250 million euros bond paying a 3.25% coupon and maturing in  2024 listed on the Italian ExtraMot Pro market and the Luxembourg Stock Exchange, from 47 cents in mid-October, the bond price then return to around 55 cents now. 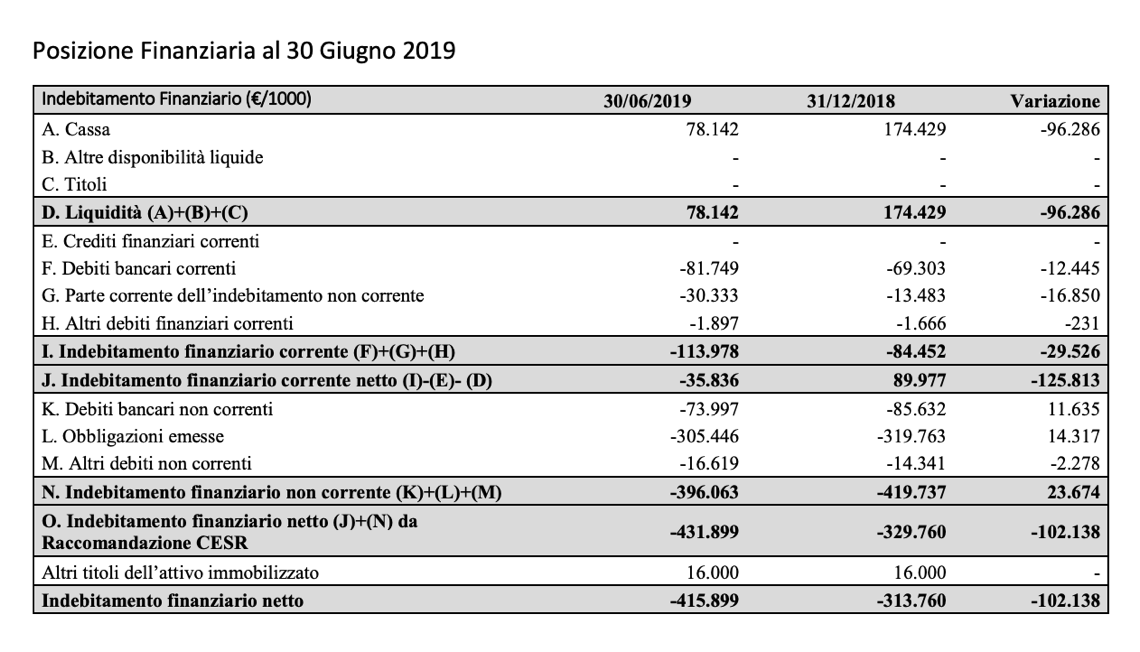 A press release released in recent days says that “Pro-Gest spa continues to evaluate, analyze and implement alternatives to strengthen its capital structure and its liquidity position. activity, Pro-Gest asked Credit Suisse to assist it in relation to some possible asset structure options.In the context of this process, Pro-Gest has also initiated discussions with some of its current lenders in order to obtain certain waivers.  Pro-Gest will be responsible for updating its stakeholders in the most appropriate manner, providing relevant information that may emerge during the evaluation and analysis activities currently in progress “.

The options on the table, according to BeBeez, are the most varied, from the sale of non-strategic assets to the search for a new partner, all while the group will request a waiver from the bondholders on the compliance with the credit covenants. On this front, infact, Credit Suisse has something to say, given that it was the bond underwriter at the time.

The problem with Pro-Gest is that the sector is certainly not going through one of the best moments, just as Pro-Gest has invested heavily in the development of a new plant of the subsidiary Cartiera Villa Lagarina in Mantua, whose activity has been blocked, however. by local authorities for irregularities in the request for permits (see the press release here). An investment that has therefore weighed as much as 10 million euros on the ebitda without having returns. Not only. In May, the Italian Antitrust Authority, at the end of a long investigation that had also involved other companies and groups active in the corrugated cardboard sheet and corrugated cardboard packaging markets in Italy, imposed a fine of 47.5 million euros on Pro-Gest (see the press release here), well above the 8 million set aside in the risk fund by the group (see the press release here). A few days ago the Administrative Court (TAR)  of the Lazio Region  to which the group appealed, did however grant the group starting to pay from July 2020 and paying in installments (see the press release here). All this has to be seen in the framework of a rather stretched leverage.

The group infact closed 2018 with revenues of 469.4 million euros (from 474.74 million in 2017), with an adjusted ebitda of 95.5 millions (from 114.5 million) and a net financial debt of 313.8 millions (from 238.5 million) (see the press release here and here the presentation of the 2018 results to the analysts and here a previous article by BeBeez). At the end of June 2019, however, net financial debt had risen to 415.9 million euros, attributable to a collapse of over 100 million euros in cash and cash equivalents (see the group’s half-yearly report).

The debt includes the 250 million euro senior unsecured bond with a 2024 maturity and a 3.25% coupon as mentioned above, placed in December 2017 (see here a previous article by BeBeez) that followed the placement that year of other two bonds for a total of 61 million euros. The issue was aimed at completing the investment for the transformation works of the Cartiera di Mantova. Previously the group had listed in two phases on the ExtraMot Pro  minibonds issued by the subsidiary Cartiere Villa Lagarina.

Everest Research, a British UK consulting firm specializing in high yield corporate credit analysis, has a good chance that the Pro-Gest situation will resolve and therefore at these prices it is a good investment opportunity. Massimiliano Zanetti Bottarelli, a member of Everest commented to BeBeez that “even at these prices the considerations published in a report at the end of October are valid. The price of bonds today corresponds to an implicit enterprise value for the group equal to a multiple of 3.5x the adjusted EBITDA estimated for 2019, which compares with an average sector multiple of 8.6x in Europe. Furthermore, Pro-Gest actually has more alternatives to recover liquidity than the market seems to imagine”. They range from the sale of non-strategic assets to the possibility of selling commercial invoices. Finally, if it were ever necessary to find new equity, Pro-Gest is a highly interesting asset both for industrial subjects and for turnaround investors.