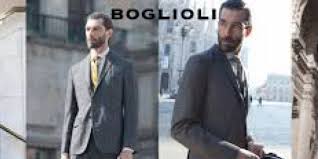 Boglioli actually filed for a bamkrupcty procedure (concordato in bianco) to the Brescia Court last January in order to be protected by creditors and go on with a relaunch plan, after the company recorder a negative ebitda in 2016 with a 28 million euros loss (after previous cumulated losses of 11 million euros) and 26 million euros of debts of which 15 millions are financial debts (see Brescia Today and MF Fashion).

The relaunch plan sees Boglioli to come back to positve ebit in 2017 already with actual ceo Andrea Perrone keeping on managing the company. A former director of the Boglioli’s board, Perrone has been Brioni’s ceo  and Ferrari Brand’s ceo and took the role as Boglili’ceo early this year as former ceo Giovanni Mannucci resigned.

Both Mannucci and Perrone in July 2014 subscribed a capital increase in the company acquiring a 1.4% and 1% stakes, respectively, joining Boglioli’s shareholder, the private equity firm Wise sgr, in a capital increase that was structured partly in cash and partly as a conversion of senior banking debt to capital, after Wise had bought Boglioli’s debt versus Ge Interbanca, which counted about of half of Boglioli’s entire debt (see ahere a previous post by BeBeez).

Wise sgr had invested for the first time in Boglioli in 2007, acquiring a majority stake, while in march 2013 the fund acquired the remaining 20.33% stake from the founding family (see here a previous post by BeBeez).

Phi Industrial owns a 71.65% stake in another Italian company, Mascioni, which has more than 50 years of history in the textile sector. Located in Cuvio (Varese), in northern Italy, close to Lago Maggiore, Mascioni has a unique know how in textile finishing of home linens, soft furnishing, fashion ware, protective gear and work clothes and also operates in the textile finished products and high tech fabrics sectors. Phi acquired its stake in Mascioni in October 2015.