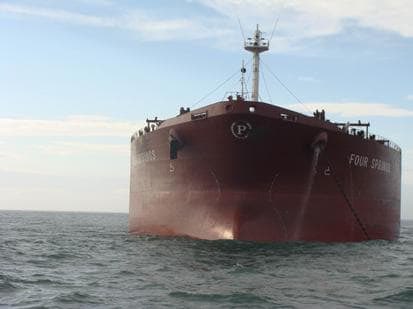 When banks signed the standstill agreement last July Premuda’s stock quoted about 0.2568 euros. Since than the stock has just been losing ground and last Friday March 4th  premuda closed at 0.153 euros per share, for a 29.5 million euros market cap, coming back from a mini-top at 0.1614 last march 2nd after rumors came back on the market about aadvanced talks with Pillarstone Italy.

In a press relase dated january 22nd the company said however that  “these negotiations have been extended beyond the above intended date and the deadline sets out in the standstill agreements mentioned above are, at the end of 2015, formally expired. The Board of Directors, which met yesterday, announced that negotiations are in a well advanced stage and are continuing in the same “de facto” situation existing under the validity of the standstill agreements. As such, to date there is no indication of any intention by any bank to interrupt negotiations or carry forward any action that could jeopardize the group’s business going concern”.

The Quarterly report at September 2015 which was published las November explained that after the Summer talks with banks had started again to come to a debt restructuring agreementi “involving the entire group and aimed at complying, for the Italian portion, with art. 67 of Italian Bankruptcy Law. The agreement would imply new repayment plans and would make the current default status null and void”.

Difficiulties for Premuda had started in 2013.  The Quarterly report at September 2015 explained that” the generalized difficulties of access to credit and the low profitability of the ships chartered on the spot market made necessary the start, during Financial Year 2013, of negotiations with the banking industry aimed at obtaining a rescheduling of the repayment terms of the loans. To safeguard the available liquidity, the group companies presented a formal standstill request and suspended repayment of the principal instalments of the loans starting as of 30 June 2013. With the assistance of Venice Shipping Logistic spa. (VSL), the industrial advisor that provided autonomous valuations and assumptions on hire market rates, the industrial plan have been drafted and Lazard as financial advisor prepared the related financial plan, proposed to the banks. The plan has been many times amended by reason of the changes in market conditions (mainly due to dry – bulk segment) and of the comments and remarks received by the financing banks”.

The Quarterly report also explains that “a common position shared by all banks has not yet been reached on the financial maneuver plan proposed to the Lenders in April 2015 and therefore before the summer break it was not possible to close the envisaged restructuring process. During July 2015 standstill agreements (pacta de non petendo) were signed with all the banks, thus providing the Board of Directors of the Company the necessary comfort on the positive attitude of the banks towards the Group and ensuring the necessary planned disposal of assets. The main transactions have been completed during the month of October”

Actually among the most significant facts to be highlighted after the third quarter end were the joint venture with Yinson Group and the sale to third parties of the two Aframax Ice Class Four Atlantica and Four Antarctica (which have been renamed Minerva Antarctica and Minerva Atlantica), for a 55 million dollars price. Proceeds from the sale have been partly used for reimbursement of the mortgages on the two units (about 47.7 million dollars). The sale of Four Moon and its bareboat back is instead subject to the finalization of the financial indebtedness restructuring agreement.

The net financial exposure at September 30, 2015 rose by 28.8 millions compared to September 30, 2014 and by 23.2 millions over year end 2014, mainly due to the effects of the counter valuation in euro of the US dollar denominated loans at period end exchange rate (valued at 2014 exchange rate they would have had a lower value of about 19.7 millions).