Qui! Group to risk bankrupcty. Kkr is enforcing its pledge on 91.8% of the company 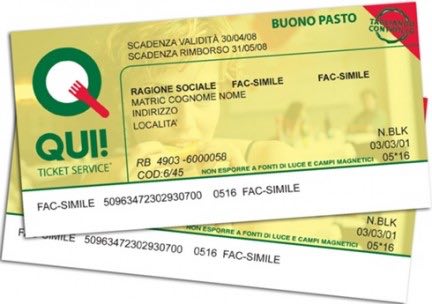 Qui! Group, the Genoa-based operator leader in Italy in the corporate welfare sector, meal vouchers, payment systems and loyalty programs, founded and led by Gregorio Fogliani and part of the Elite community of Borsa Italiana, is risking bankruptcy. Last Aug 23rd the Genoa public prosecutor’s office actually filed for bankruptcy before the Genoa Civil Court during the hearing deciding admission of the group to the Extraordinary Administration procedure pursuant to the so-called Prodi-bis Law, as required by Qui! Group itself and as announced last August 8, “following the difficulties encountered in recent months and in order to ensure business continuity”.

The difficulties referred to are the numerous injunctions received from retailers and GDO who were not paid by Qui! Group in exchange of the Qui! Ticket meal vouchers received by their clients. Again for the same problem, for repeated, serious and significant non-fulfillment of contractual obligations, on July 13 Consip, the sole central purchasing department of the Italian public administation , resolved the agreement it had with Qui! Group in thge regions of Piedmont, Liguria, Valle d’Aosta, Lombardy and Lazio. And on 7 August, Poste Italiane decided to cancel the supply contract too. On the subject Mr. Fogliani had always defended himself claiming to be in turn waiting for backward million of euros from the Italian Government. Qui! Group distress had also been a theme for a parliamentary question time signed by Senator Matteo Mantero on July 30th following the publication of an article by the Il Fatto Quotidiano newspaper (see here the text of the parliamentary question).

To date it is estimated that the total trade debts for which Qui! Group received injunctions is amounting to about 32 million euros. So after the deputy prosecutor Francesco Pinto and the public prosecutor Patrizia Petruzziello have requested bankruptcy, judge Daniele Bianchi has reserved the right to decide in the coming days whether to grant the request for supervised administration or refuse it and then accept the request of the prosecutors and therefore the declaration of bankruptcy.

The capital of Qui! Group is controlled by Mr. Fogliani himself, his family members and a group of managers, but since last February there is a 91.8% pledge in favour of Kkr, which has fully subscribed the 50 million euro bond issued by the company (see here a previous post by BeBeez), while 95% of the capital of various other companies in the galaxy of Qui! Group is also pledged to Kkr. The bond, with a maturity of 2023, pays a quarterly variable coupon equal to the highest rate between 0,5% per year and the 3-month Euribor plus 600 bps per annum (cash margin) plus 350 bps per year (PIK margin) , with the possibility of capitalizing the PIK margin.

It is hard to imagine that Kkr can decide to throw overboard a 50 million euro investment made less than six months ago. On the contrary, it is more reasonable to think that Kkr, now that the event of default has occurred, enforces the pledge on the shares and tries to intervene directly in the game, proposing to settle the bill to the commercial creditors.

Kkr has already made his moves. The minutes of the shareholders meeting of Qui! Group of last Aug 8th specifies that “the Kkr fund, following the evolution of the management of the business and after having finalized a further due diligence on the company in collaboration and in agreement with the company itself, has complained in relation to the FY 2017 financial statements. Following the exchange of letters with the fund financed by Kkr, the Trustee sent the Acceleration Notice to the company to report the occurrence of multiple default events under the contract relating to the bond, such as to determine the immediate collectability of the bond itself, as well as the possibility to start the procedures for the enforcement of the pledges granted as collateral, as well as further legal actions “.

As for the lending banks, most institutions have frozen the credit lines outstanding to the company. At the time the bond was issued, it was announced that the loan proceeds would not be used to refinance part of the existing debt, but rather to support the development of the business. However the minutes of the shareholders’ meeting voting the issue the bond say instead that the bond was “designed to inter alia: (i) refinancing part of the financial debt of the group to which the company belongs, (ii) reducing the company’s existing debt by offering value-added services to its sales network; and (iii) the financing of investments to be carried out at group level “. At the end of June, the total debt to the banks was around 60 million euros.

Qui! Group declared at the end of January that it had closed FY 2017 with 560 million euros of consolidated revenues and 19.3 million ebitda (+ 15% from 2016), with a net financial position improving by 23%. However, the shareholders’ meeting of Aug 8  had to approve a financial statement of Qui! Group in the absence of the going concern assumption, which recorded a net loss of 206.9 million  euros (see here the analysis of Leanus, after have registered for free), to which is then added a further loss of 28.7 million recorded in the first six months of 2018.

The huge loss in 2017 is the result, on the one hand, of valuation of assets at substantially liquidating values ​​and, on the other hand, of provisions of 175.4 million euros, that is the value estimated at the end of 2017 of meal vouchers already paid by Qui! Group spa for which there is still a joint responsibility with the related company Qui! Services srl, delegated company of payments to merchants, who headed the same share ownership of Qui! Group. In the minutes of the shareholders’ meeting, it is stated that “it has emerged that, despite the provision from time to time provided by Qui! Group to Qui! Services for the payment of debts to merchants, a part of these debts was not met by the delegate and that, consequently, the company is still debtor towards the operators for the same debts “.

Aston Martin to list before year end with a 5 bn pounds enterprise value. A big success for Investindustrial