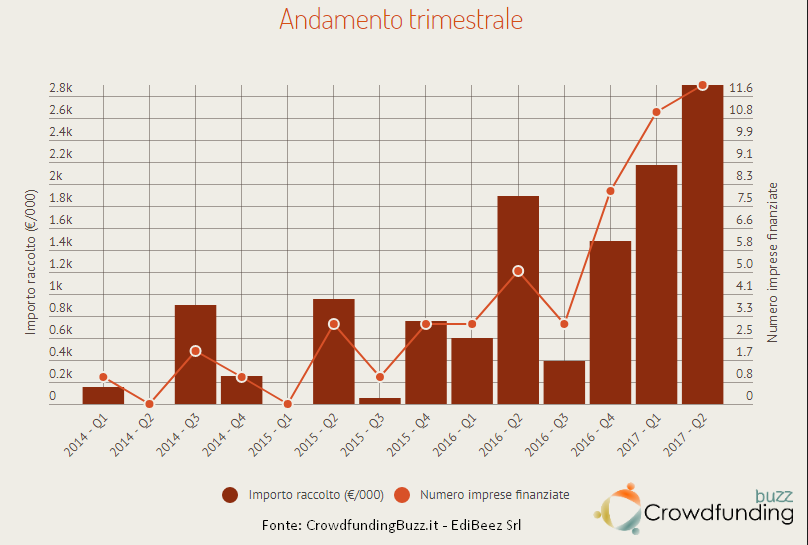 Out of the 23 financed companies, 19 are so called innovative startups, 2 are SMEs and one is an investment veichle. Almost all (87%) the campaigns were overfunded which means that they raised nore money than their minimum raising target. More in detail, as the average fundraising target was sligtly more than 100k euros, the effective raised capital were more than 200k euros.