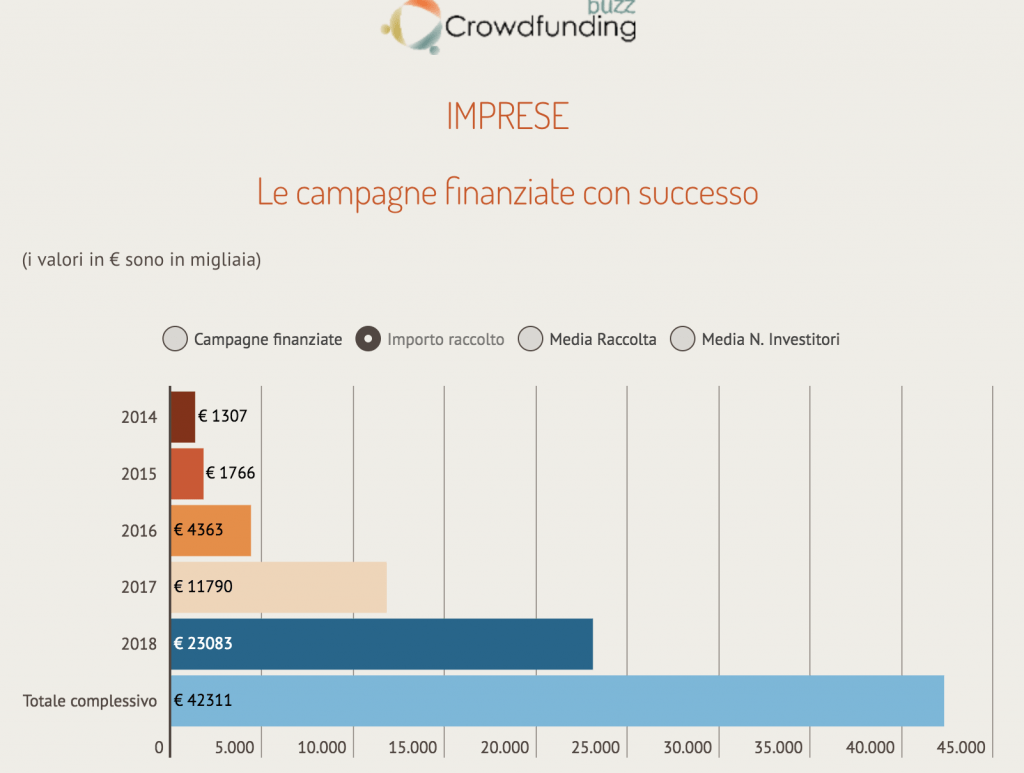 The activity of angel and venture capital has been steady over the Summer, while equity crowdfunding platforms see an increase of the concluded campaigns.

Milan Polytechnic (PoliMi) and Italian venture capital 360 Capital Partners launched Poli360, an investment firm with resources worth 60 million of euros, for supporting innovative projects of the Italian University (see here a previous post byBeBeez). Ferruccio Resta, chancellor of Polimi, and Cesare Maifredi, senior partner of 360 Capital, said that this firm will start screening  120 startups that the polytechnic incubated. ITATech, an investment platform that European Investment Fund and Italy’s Cassa Depositi e Prestiti sponsored, is an anchor investor of Poli36, which is still open to raising funds, especially from corporations.

Between July and August, Italian equity crowdfunding platforms have allowed companies to raise 8.89 million of euros through 20 campaigns according to CrowdfundingBuzz portal (see here a previous post by BeBeez). Campaigns on platforms Mamacrowd, CrowdFundMe, and Next Equity have been quite successful. The following companies have concluded their campaigns in August: