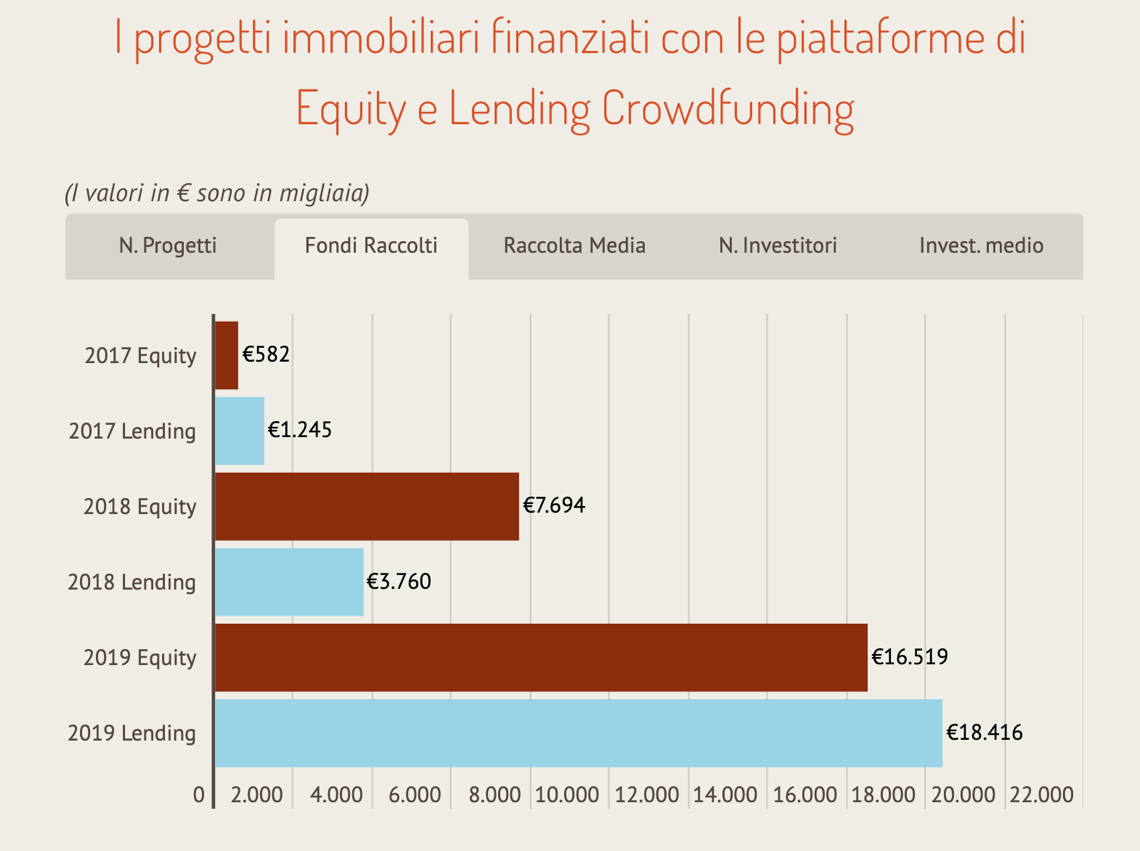 Milan investor in startups and innovative SMEs Innovative-RFK (i-RFK) listed on Euronext Access on 27 December 2019  after the conclusion of the crowdlisting that started in September with an equity crowdfunding campaign on CrowdFundMe that allowed to raise 2.5 million euros for a 23.5% stake (See here a previous post by BeBeez). The company listed without having raised further resources from investors. i-RFK attracted a least investment ticket of 20,000 euros for a median of 35,000 euros on the ground of a pre-money value of 8 million, while the post-money valuation after the listing on Euronext has been of 10.5 million. Paolo Pescetto, Massimo Laccisaglia, and Andrea Rossotti founded i-RFK in 2017, after having created the club deal vehicle for private equity investments Red-Fish Kapital. i-RFK already invested about 6.5 million euros and gained an above 30% annual IRR that could be of 50% for 2019. Innovative-RFK invested in Keisdata, Easy4Cloud, Websolute, Inventis, and Microcredito di Impresa which recently raised 1.7 million through an equity crowdfunding campaign on BacktoWork. The value of the portfolio companies is of 11.8 million. However, i-RFK used as benchmark for the listing the value of the last capital increase of 10.5 millions, that means 1.19 euros per share for about 8,79 million shares.

Cesynt Advanced Solutions raised more than one million euros through an equity crowdfunding campaign on Opstart (see here a previous post by BeBeez). Cesynt will invest the proceeds in developing further its e-learning platform iSkilled for launching an IPO on Euronext through a crowdlisting. Cesynt attracted the resources Innovative-RFK among others. Armando Miele founded Cesynt, which closed an equity crowdfunding campaign on Opstart in June 2018, when it raised 0.25 million and paid a 50,000 euros dividend. Cesynt will soon list on Euronext.

Italian-listed incubator H-Farm closed on 18 December its awaited capital increase of 8 million euros through the issuance of hybrid instruments (see here a previous post by BeBeez). Cattolica Assicurazioni invested 7 millions, while the incubator’s founder Riccardo Donadon poured one million through his holding E-Farm. The hybrid instruments will yield 0.50% – 2.50% of their face value, depending on the holding period. H-Farm has losses of 4.9 million (- 6.2 million yoy), an ebitda of 1.1 million (-2.1 million), turnover of 61.5 million, and a debt of 5.7 million (4.1 million).

Cetif (part of Milan Catholic University), Sia (an asset of Cdp Equity) and Milan-listed IT company Reply started “Fideiussioni Digitali”, a project for providing digital financial guarantees (See here a previous post by BeBeez). Banca d’Italia, the Italian central bank, launched the project together with Ivass, the Italian agency for auditing the insurance companies, for reducing the false financial guarantees that in Italy amounted to above 1.6 billion euros in the last four years, according to the Italian Guardia di Finanza (Tax Police). Fideiussioni Digitali will start as a sandbox, under the supervision of Banca d’Italia, Ivass, Cetif, Sia, Reply, and other companies that are part of this project.
Italian Stock Market Authority Consob said that equity crowdfunding portals seem to be in the best position for supplying cryptoassets (see here a previous post by BeBeez). However, firms with features that are similar to those of equity crowdfunding portals may handle platforms for supplying cryptoassets and initial coin offering. Furthermore, Consob suggests creating a regulatory framework for such activities on the ground of an opt-in mechanism. The issuers of cryptoassets could be companies, investors, networks of products developers, and according to Consob they should focus on transparency. Cryptoassets offers should provide: a) an information prospect similar to White Papers; b) updates of the White Paper; c) extraordinary updates of the White Paper.