bybebeez
in Data&Analysis, Equity Crowdfunding, Private equity, venture capital and private debt data in the world
A A
Share on FacebookShare on Twitter 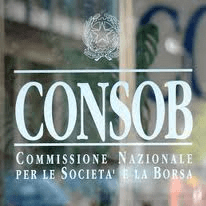 Consob, the Italian stock market regulator, released a consultation document about a coming regulation about Initial Coin Offerings or ICOs (see here a previous post by BeBeez). Alessandro Lerro, the chairman of the Italian Association of equity crowdfunding platform and head of the scientific committee of the Italian association of fintech companies – Assofintech, said that Italy is pioneering an attempt for regulating the exchange and trading of crypto assets on the primary and the secondary market. Consob said that even though tokens are financial products, they deserve a different regulation all over their life cycles. Crowdfunding portals may be the right subject to handle ICOs.

BiovelocITA, the Italian red biotech accelerator, invested 1.9 million of euros in medical projects (see here a previous post by BeBeez). Maurizio Federico (Research Director of the National Center of Global Health of Rome’s Istituto Superiore di Sanità (ISS)) will develop a project for new vaccines anti-cancer and for chronic diseases and receive 1.1 million from BiovelocITA. Pierfrancesco Tassone, full professor of Oncology at Università degli Studi Magna Graecia of Catanzaro, will receive instead 0.8 million from BiovelocITA to develop drugs for fighting leukaemia. Gabriella Camboni, the ceo of BiovelocITA, founded the accelerator together with Silvano Spinelli, Gabriella Camboni, and Sofinnova Partners.

Real estate start up Locare raised 0.15 million of euros with an equity crowdfunding campaign on the portal WeAreStarting (see here a previous post by BeBeez). Online magazine SimplyBiz and startup accelerator Seed Money invested in the company. SimplyBiz will also provide services for investor relations, media, marketing and communication to Locare thatAndrea Napoli and Ketty Pegoraro founded in 2018, and now is worth 0.65 million.

Mindesk, an Italian startup that developed an interface for the cad projects in virtual reality (VR), raised 900k US Dollars  (see here a previous post by BeBeez). A11 Venture, Invitalia Ventures, HTC’s Vive Division, and Primomiglioinvested in the company, said FinSMEs. Mindesk will invest such proceeds in developing the business in Italy and the US. Gabriele Sorrento, Sergio Giorgio, and Vittorio Bava, founded the company in 2015 at the University of Bari incubatorBaLab.

Aim-listed incubator Digital Magics generated revenues of 2.6 million euros with net profits of 0.385 million (net loss of 6.8 million yoy) (see here a previous post by BeBeez). Digital Magics fetched 3.2 million out of the exit from Talent Garden, a networking platform, and other businesses. However, Digital Magics ebitda is still negative for 0.347 million (minus 0.638 million yoy). Marco Gay, is the co-ceo of Digital Magics, that has 62 companies in its portfolio. Gabriele Ronchini, the company’s founder and co-ceo, said that the incubator’s companies generated aggregated revenues of 56.2 million with a median 40% growth rate in 2015 -2018

Cloud Care, the owner of online insurance broker ComparaSemplice.it, acquired UK based insurance comparator Quale.it  (see here a previous post by BeBeez). Robin Daina started the Italian activities of the target in 2011, while Jonathan Marland of Odstock, a member of the UK’s House of Lords, financed the company.l 2013.  Andrea Conte, is the ceo of Cloud Care.

When m&a is done by carving out the company. Great opportunity from carve-outs for funds, but watch out for surprises, warns Alix Partners

Spac, here is why in the USA it is now in sboom. In Italy, meanwhile, the market is awakening again. New Spac of Arietti and Cavallini coming soon