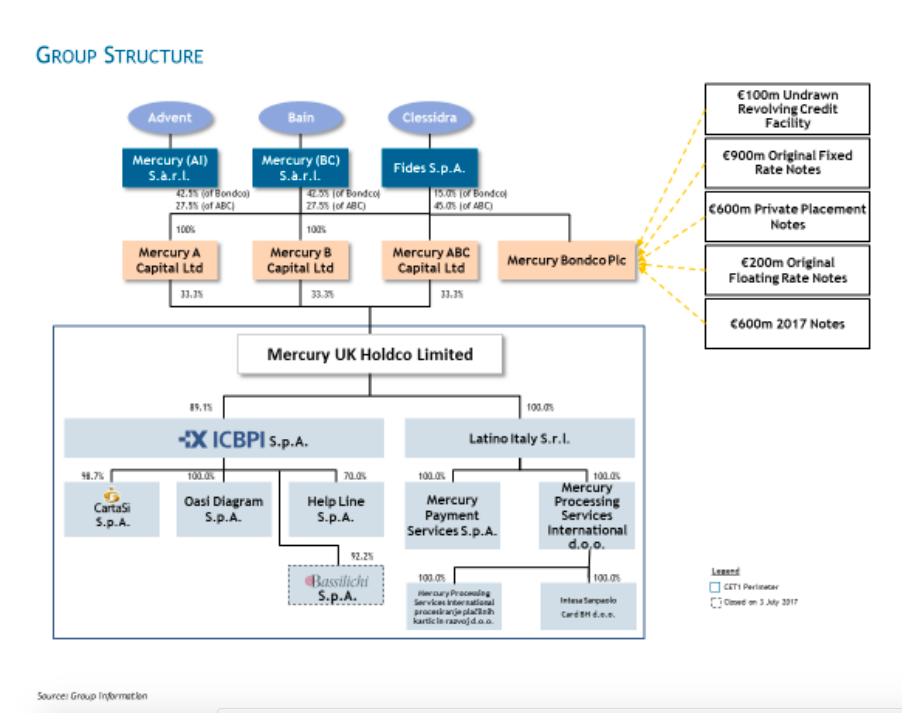 Banking payment services firm Istituto Centrale delle Banche Popolari (Icbpi) and its subsidiary CartaSì changed name into nexi, in order to show that the group is now quite different from its origins when Icbpi was founded in 1939 and when CartaSì was founded in 1985.

The group today manages 27 million payment cards and 2.7 billion transactions per day, counts on 733 shops in Italy and 120 billion euros in transactions. Nexi’s aim is becoming the paytech company partner for all banks operating in Italy, meaning to develop fintech solutions in the digital payment sector for them.

The announcement was made last Friday November 10th by nexi’s ceoPaolo Bertoluzzo who already anticipated the move last February, when he presented the 2017-2021 strategic plan, including more than one billion euros investments into innovative technologies, new products and services and new high-level hirings (see here a previews post by BeBeez).

Investmentsd for rebranding are stated in 5 million euros for this year and othre 15 millions for next year, while the rest is aimed at new technologies and people. All the effort is supported by private equity firms nexi’s shareholders Advent International, Bain Capital and Clessidra.

The fund, after having invested 2 billion euros to buy Icbpi in 2015, had been investing 2 billion euros more in the last two years to buy leading companies in the digital payments sector: the merchant acquiring business of Deutsche Bank in Italy and Montepaschi’ s merchant acquiring business too, the Italian business process outsourcing leader Bassilichi e and card processing  activities of Intesa Sanpaolo Setefi and Intesa Sanpaolo Cards.

Funds’ investments hae been partly financed by bond issues by Mercury BondCo, a subsidiary of Mercury HoldCo, Icbpi’s parent company, which has been issuing a total of 2.3 billion euros in bonds in four tranches (two of 600 millions, one of 900 millions and one of 200 millions), all maturing in 2021 and listed at the Luxembourg Bourse. However Mercury Group’s ebitda is quite rich and can afford such a leverage. Mercury HoldCo’s H1 Interim Report shows an pro-forma adjusted ebitda for H1 to 199.6 million euros at the end of last June, up from 166.4 millions at the end of June 2016, after revenues of 484.1 millions (from 461.5 millions). On a 12 months perspective, instead, the ratio between net financial position and adjusted ebitda was 4.8x. 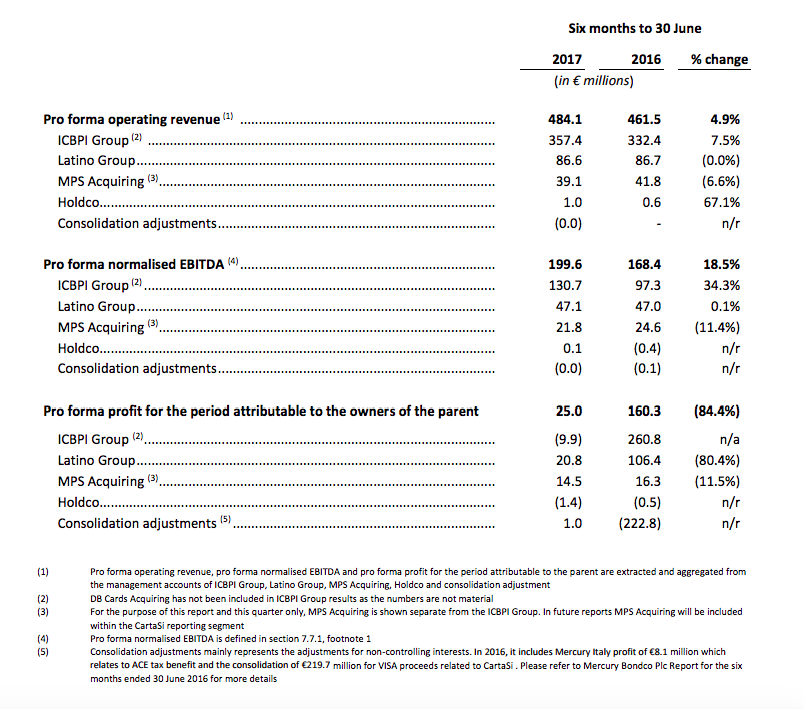 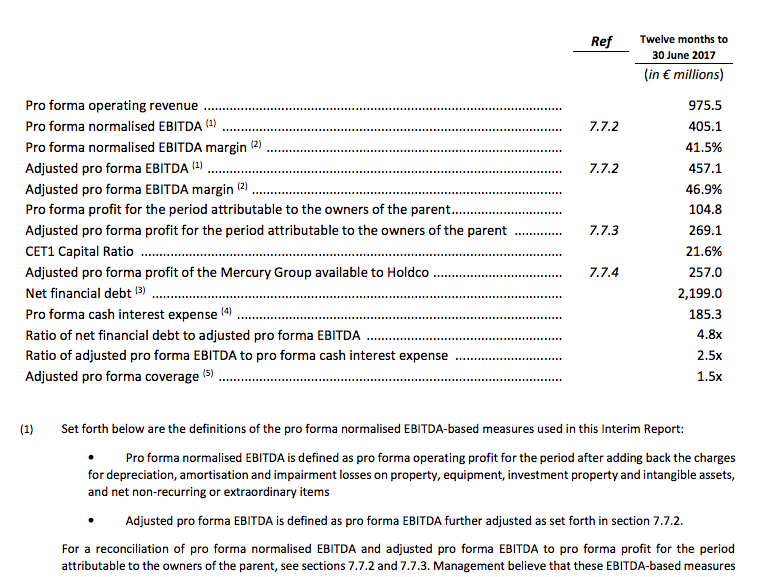 Nouy states that the NPL’s addendum falls with ECB’s mandate. But ECB will improve the draft

AC Milan, the soccer team in exclusive talks with a unique subject for debt refinancing. Mulls ipo in 2020