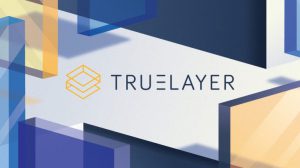 The global payment card group Visa was an investor of 35 million dollr series C investment round announced last June by Truelayer, the London-based fintech startup founded in 2016 by the Italians Francesco Simoneschi (ceo) and Luca Martinetti (cto ) (see here a previous article by BeBeez). At the same time, Visa signed a strategic and commercial agreement with Truelayer (see TechCrunch here). The June round was led by the Chinese tech specialized holding Tencent Holdings and the Singapore sovereign fund Temasek. Truelayer’s  35 million dollars round follows the 7.5 million dollars round signed by the British venture capital fund Northzone in July 2018 (see here a previous article by BeBeez) and the one million dollar round of February 2017 by Connect Ventures and another 3 million dollar round by Anthemis, the British fintech venture capital firm. So far, the London scaleup has raised over  47 million dollars from funds investing in the financial services and SaaS sector.

Truelayer produces the so-called APIs (Application Programming Interfaces), that are computer interfaces that allow to develop applications and services that use data made available by the technological infrastructure of a third financial institution, typically a bank, by virtue of the provisions of the second Directive EU on payment services (PSD2), which essentially establishes the entry into the era of open banking and therefore the possibility for companies and individuals to access new information and payment services in real time on their current accounts. Truelayer currently operates in Great Britain, Germany, France, Italy, Spain and Australia.

“We want to scale open banking to a level that has an obvious impact on every aspect of consumer financial services. This requires large and established large operators to come on board and work with startups like us,” Simoneschi explained. Mark Nelsen, senior vice president of Visa for Open Banking, said: “Our partnership with TrueLayer is another example of how we are investing in companies that offer next-generation services, enabling innovation and convenience for both customers and customers”.