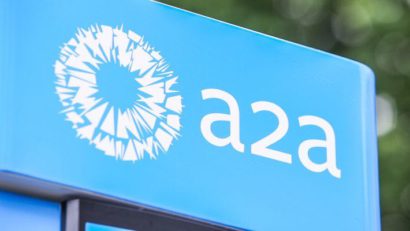 Milan-listed utility group A2A puts 452 million euros on the table and becomes a partner of Ardian Infrastructure in a portfolio of wind and solar farms in Italy for a share of 195 MW out of a total of 335 MW and buys from Ardian a portfolio of wind and photovoltaic plants in Italy and Spain of capacity total of 157 MW (see the press release here).

In detail, the first transaction envisages that A2A will acquire from Ardian funds investments in the three companies owners of the plants in Italy  3New & Partners, Daunia Calvello and Daunia Serracapriola, for 265 million euros (equity value),  with A2A purchasing as mentioned shares corresponding to 195 MW out of a total of 335 MW. The second deal, on the other hand, involves the purchase by A2A, for 187 million euros, of the entire capital of 4New srl, a company which owns the 157 MW portfolio of Italian and Spanish wind and photovoltaic plants, of which 117 MW located in Italy and remaining 40 MW in Spain. All this, therefore, for a total capacity of 352 MW, corresponding to an equity value of 452 millions. The wind farms covered by the agreements between A2A and Ardian are located in Sardinia, Puglia, Campania and the Spanish region of Catalonia, while the photovoltaic ones are located in Puglia, Lazio and the Spanish region of Andalusia.

We recall that the three companies (3New & Partners, Daunia Calvello and Daunia Serracapriola) involved in the first deal were initially joint ventures between Ardian and the Tozzi group. Ardian Infrastructure and Tozzi had in fact started collaborating in 2007 to invest in renewable energy, with the acquisition by Ardian of 30% of the two wind farms of Daunia Serracapriola and Daunia Calvello. The collaboration had led in 2009 to the creation of the Tre & Partners joint venture (Ardian with 45% and Tozzi Green with 55%) to focus on wind and hydroelectric power plants. Tre Solar was then created in 2011, with Ardian holding a 65% stake and the Tozzi group the remaining 35%, to diversify investment in photovoltaics and biomass. In 2017 Ardian then bought  the 35% stake of Tre Solar from Tozzi that it did not own yet, thus becoming the sole shareholder of the renewable energy platform. Tre & Partners had also come under complete control of Ardian (half directly and half through Tre Solar). Following the shareholders change, Tre Solar had changed its name to 3 New and Tre & Partners had become 3 New & Partners (see here a previous article by BeBeez).

Subsequently, in 2019, 3 New & Partners sold its stake in 5 hydroelectric plants to Swisspower Renewables, of which three in Lombardy (in the province of Sondrio) and two in Basilicata, for an installed capacity of approximately 12 MW. The Swiss group had in fact bought the entire share capital of the companies 3 Hydro (wholly owned by 3New & Partners) and Tecnowatt (owned by 3New & Partners and Gardini 2002) (see here a previous article by BeBeez).

Returning to the new transactions with A2A, Renato Mazzoncini, ceo of A2A, commented: “With these plants A2A consolidates its position as the second operator in renewables and its presence on the national territory, increasing its activities in Sardinia, Puglia, Lazio and Campania. The operation allows the group to record significant growth in wind power and advance in photovoltaics. Furthermore, as envisaged in the 2021-2030 Business Plan, the presence in Spain constitutes a first step in the development of renewable plants in other European countries. Today’s agreement and the transactions concluded in the last 12 months allow us to anticipate by two years the objectives of increasing the generation of green energy set out in our Business Plan. To free ourselves from foreign dependence in the supply of gas, we need to accelerate the expansion of renewables, a key factor for the ecological transition. Our goal is to continue investing in this sector and contribute to the sustainable development of the country “.

Mathias Burghardt, Member of the Executive Committee and Head of Ardian Infrastructure, added: “We are very proud of the results achieved, in the last 15 years, with the development of our Italian platforms which now have half a gigawatt of assets. Ardian was an investor of assets. vanguard in the renewable sector in Italy, which has been able to support growth and ecological transition. We are pleased that these two operations are part of A2A’s energy transition plan. Our commitment to sustainable investments in renewable energy infrastructure remains very strong and we continually seek to renew, diversify and develop our renewable energy portfolio around the world”.

We also recall that A2A and Ardian last June 2021 announced the signing of a non-binding term-sheet, worth 4.5 billion euros, which established the main terms of a partnership in the generation and supply of energy in Italy, with the goal of creating a leading platform in Italy in the energy transition and one of the largest electricity producers and suppliers in the country with a clear focus on green energy and a clear decarbonisation strategy (see here a previous article by BeBeez).

More specifically, the term sheet provides for the establishment of a newco controlled by A2A, in which A2A will confer in whole or in part the ownership of a portfolio of assets relating to energy generation (hydroelectric, CCGT, wind and solar), sale of energy, energy management, storage and projects related to hydrogen. The indicative preliminary assessment of the perimeter that will be transferred to the newco is approximately 3 billion euros (enterprise value), with an aggregate pro-forma 2020 ebitda of 360 million euros. This valuation implies a valuation of the entire A2A business units involved in the partnership (including minority shareholdings and portions of business units not transferred to the newco) of approximately 4.1 billion euros.

For its part, Ardian will underwrite a capital increase in the newco of up to 1.5 billion euros in cash, coming to hold up to 45% of the capital and thus accelerating the roll-out and financing of the Industrial plan to 2030 from 3GW + in generation from renewable sources outlined by A2A last January (see here the press release and here the presentation to the analysts).

To define the creation of the partnership, subject to a whole series of conditions, A2A and Ardian entered into exclusive negotiations that were to end at the end of 2021. It is therefore reasonable to imagine that next January 28, on the occasion of the update of the Industrial Plan 2021-2030 of A2A, there may be some news.