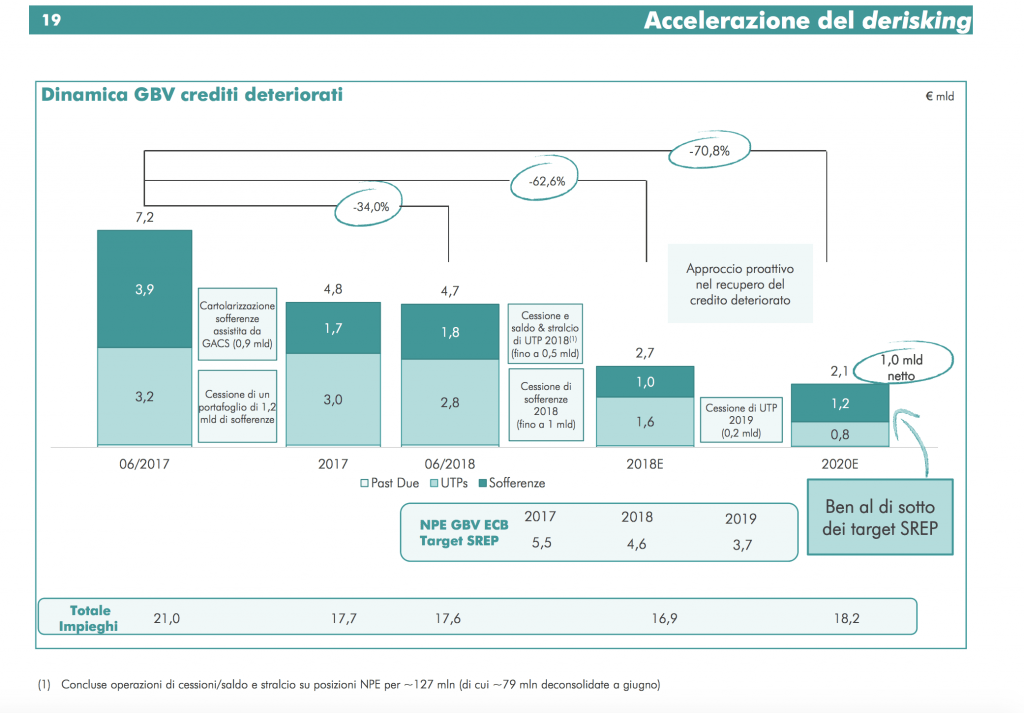 After Fitch had cut Carige‘s long-term credit rating to CCC+ from B-, the Board of the Genoa bank gave mandate to new ceo Fabio Innocenzi to sign a definitive agreement with  Bain Capital Credit for the sale of a 380 million euros GBV UTPs portfolio  (see here the press release).

Bain Capital Credit was inexclusive talks with Carige about the acquisition of a UTPs portfolio for a maximum of 400 million euros GBV since last August 7th (see here a previous post by BeBeez).

Thanks to this deal, which follows the sale of a totla of 127 million euros of UTPs in H1 2018 (see H1 2018 financial statements presentation), Carige’s non-performing exposures will drop below the 4.6 billion euros figure asked by the European Central Bank.

Actually Carige said last March, presenting its Q1 2018 financial results, that the bank would have sold 500 million euros of UTPs by the end of the year out of a total of 3 billion euros of UTPs at the end of December 2017 (see here a previous post by BeBeez). And last June the previous bank’s ceo Paolo Fiorentino said that the bank was well on track with that program (see here a previous post by BeBeez).

Carige also announced yesterday that it has finalized the sale of its merchant acquiring activities to Nexi Payments as announced last Spring (see here a previus post byBeBeez) and that the bank is on track with its plan to finalize a securitization of one billion euros GBV of NPLs with public guaranteee (GACS) for the senior tranche by the end of this year.