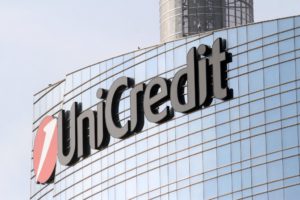 Unicredit stock yesterday closed the session in Piazza Affari with a jump of 6.09% to 7.957 euros per share, after hitting a maximum of 7.5% at 8 euros, on the rumors of Reuters also released yesterday, according to which AMCO, the non-performing exposure asset management company owned by the Italian government, could acquire 14 billion euro of non-performing exposures from the bank, to facilitate the marriage between Unicredit and Monte dei Paschi di Siena. Not only that. According to rumors, AMCO could also take over another package of NPEs from Mps, after the 8.1 billion euros already bought on 1st December 2020. And in fact, yesterday the Mps stock also took home 3.65% gain at 1,137 euros.

The sale of Mps’s non-performing exposures was a crucial step for the Italian Treasury to find a buyer for the bank, which the Treasury controls 68.274% since 2017, following the bank’s rescue operation (see here a previous article by BeBeez).

Also to this end, the Treasury is now working with the financial advisor BofA Merrill Lynch and Orrick’s lawyers on a proposal to be submitted to UniCredit and the hypothesis of lightening the balance sheet of the bank headquartered in Milan in Piazza Gae Aulenti with a substantial package of NPEs could be an interesting incentive for Unicredit shareholders to approve the merger with Mps. The advisors Goldman Sachs and Ubs are involved in the merger hypothesis for Unicredit, while for Mps there are Credit Suisse and BonelliErede at work.

The outgoing ceo of Unicredit, Jean Pierre Mustier, is said to be working to outline a Memorandum of Understanding to be submitted to the next ceo of the bank who will take over the reins of  Unicredit next April. A crucial point for Mr. Mustier is neutralizing the impacts of the merger on the bank’s capital. Therefore,  it is crucial the fact that the potential acquisition of Mps is accompanied by a package of measures able to ensure capital neutrality for Unicredit.

On the non-performing loans front, we remind you that on December 30th Unicredit concluded the first issue of the Sandokan 2 Project:  the securitization vehicle Yanez spv srl issued around 908 million euros of notes guaranteed by a portfolio real estate UTPs for a total of 2 billion euros GBV, underwritten by UniCredit, Pimco and GWM and with Aurora REcovery Capital (AREC) as special servicer (see here a previous article by BeBeez). Sandokan 2 follows the success of the Sandokan Project announced in November 2015 and then launched in December 2016 in relation to the securitization of a 1.3 billion euro portfolio of real estate Utp and always entrusted to Pimco, Gwm and AREC (see here a previous article by BeBeez).

Overall, in 2020 Unicredit was very active in terms of the sale of non-performing with as many as 13 transactions announced for a total gross value of approximately 4.8 billion euro of loans sold (see here BeBeez’s NPEs 2020 Report, available for subscribers to BeBeez News Premium).

At the end of September 2020, the stock of gross non-performing exposures on Unicredit’s books had dropped to 22.7 billion euros from 23.7 billion euros at the end of June, of which 10 billion of bad loans, 11.8 billions of UTPs and 900 million of past due positions, with a gross NPE ratio down to 4.7%, the lowest level ever, and a net NPE of 1.9% (see here a previous article by BeBeez).