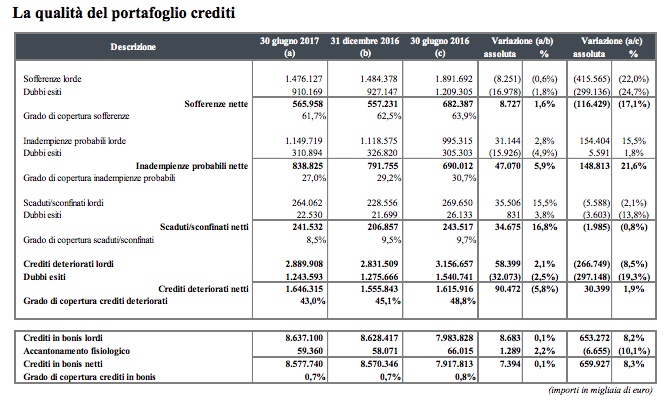 Banca Popolare di Bari group announced yesterday it has structured its second securitization of  bad loans which will benefit of the special public guarantee (Gacs) as for its senior tranches (see here the press release).

More in detail Popolare di Bari bank and its subsidiary Cassa di Risparmio di Orvieto sold a 319.8 million euros GBV bad loans portfolio to a spv which issued three ABS tranches: an 80.9 million euros senior Class, rated BBB-/Baa3/BBB by Dbrs, Moody’s and Scope rating agencies, respectively, which is eligible for the Gacs; a 10.1 million euros mezzanine Class, rated B (low) and B+ by Dbrs and Scope respectively; and a 13.5 million euros junior Class, non rated. SO the total value of the ABS issued is equivlent to 32.7% of the GBV of the whole portfolio and rated ABS account for about 28.5% of that total GBVl.

All ABS notes will be retained by Banca Popolare di Bari at the closing date. The Gacs guaratee will be issued after the formal procedure is finished. The bad loans portfolio is 56% made by secured loans and the rest by unsecured loans.

The deal has been structured with the support of JPMorgan, which will be in charge of the sale of the notes too. Prelios Credit Servicing is the nominated servicer of the securitized portfolio. Other advisors were  RCC and Orrick law firms, PwC, Bnp Paribas, Securitisation Services and Zenith Service.

Banca Popolare di Bari had sold the mezzanine and junior tranches of its first bad loans securitization backed by Gacs in October 2016. The value of the securitized portfolio was then 480 million euros in GBV and the sale was made at a price equal to 30% of that GBV (see here a previous post by BeBeez). In that case too senior notes were retained by the bank.