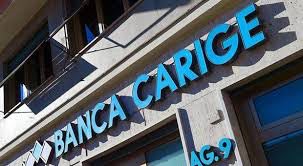 Carige, the troubled Italian bank, launched on 4 December, Wednesday, a capital increase due to end in mid-December (See here a previous post by BeBeez). The bank will alsoi ssue subordinated tier2 bonds for 200 million and sell 2.8 billion euros of distressed credits to AMCO fka SGA), the credit management company that belongs to the Italian Ministry of Economy. This follows the announcement that Italian stock market regulator Consob approved the launch of the capital increase that is part of the bank’s equity strengthening strategy. The capital increase is of 700 million. This operation is part of the binding agreement that Carige signed on 9 August with Cassa Centrale Banca Credito Cooperativo Italiano – CCB, il Fondo Interbancario di Tutela dei Depositi – FITD, and Schema Volontario di Intervento del FITD – SVI. The capital increase will have the following tranches: 313.2 million for SVI that will convert the subordinated bonds it subscribed in November 2018; 63 million for CCB; 85 million for the current bank’s shareholders; 238.8 million for FITD. AMCO said that UTPs are 60% of the 2.8 billion portfolios of distressed credits. Banca d’Italia authorised AMCO to close the transaction. By the end of February 2020, Carige may accept a bid that AMCO tabled for granting synthetic protection of a portion of the risk on a performing loan portfolio with higher risk worth approximately 1.2 billion. The guarantee can be completed by 31 March 2020 and last 5 years. Banca Carige should pay quarterly premiums, while AMCO will act as servicer for all the positions of the portfolio that may belong to the NPE category on the ground of an agreement between the parties. After such a transaction, the assets under management of AMCO will increase from 20.6 billion to 23.6 billion and create economies of scale in asset management.

By the end of 2019, AMCO will launch a capital increase of one billion euros (see here a previous post by BeBeez). Amco has above 20 billion of asset under management, 8 billion of them are Utps and past dues. The company will invest such proceeds in its organic development. Earlier in September, Amco issued a five-year senior unsecured bond of 600 million, while in February it issued a 250 million worth bond. Furthermore, Amco is reportedly working on the launch of Cuvèe Project, a fund for managing real estate Utps. Banco Bpm, Mps, Ubi Banca, and Carige may join the venture. Prelios won the beauty contest for managing the fund and the underlying real estate assets, Amco will act as special servicer and fundraiser. The fund may start its activity with resources worth 1-2 billion and later of 3-4 billion. Amco may also acquire from Mps a portfolio of Utps amounting to 7 billion.

Amco (fkaSGA) is also said to buy soon a one billion NPLs portfolio from Banca Popolare di Bari (see here a previous post by BeBeez). Mediocredito Centrale, a company that belongs to the Italian Ministry of Economy through Invitalia, could acquire a one billion performing loan portfolio in order to allow Fitd (Interbanking fund for the protection of deposits) to support the bank as it did for Carige. Banca Popolare di Bari is also working on a one billion capital increase.

Giovanni Bossi, the former ceo of Banca Ifis, acquired 65% of Cassiopea NPL and will rebrand it as Cherry 106 (see here a previous post by BeBeez). Cassiopea NPL launched a capital increase after which the company’s previous shareholders will keep 35% of the company. Bossi will be the company’s ceo while Giuseppe Benini will be the chairman of the board. Paolo Taruggi, Laura Gasparini, Emanuele Leoni, and Gianluca Cambareri will be part of the company’s board. Giovanna Ciriotto will head the auditing board of which are also part Marina Vienna and Carlo Regoliosi. Mara Di Giorgio, the former investor relations manager of Banca Ifis, is the ceo of Cherry, an artificial intelligence company that Bossi launched. However, sources said to BeBeez that the company would launch a capital increase that will allow the managers to become minority shareholders.

Credit Network & Finance (CNF), part of credit management company Gruppo Frascino, raised to 51% its stake in Res Credit Management, a platform for the management of distressed credits (see here a previous post by BeBeez). Luca Olivieri will be the ceo of Res and Massimo Mancini, formerly the head of Npls at Bper, will be the chairman. In April 2017 Tecnocasa Advisory Group and Distressed Technologies created Res Credit Management in April 2017. CNF owns a 3.5 billion euros amount of distressed credits. Luigi Frascino founded Gruppo Frascino in 2007.

Italian silk producer Canepa received the approval for its turnaround plan from above 50% of its creditors (See here a previous post by BeBeez). The company expects further approvals from 80% of the creditor, said the company’s second-generation owner Michele Canepa that in April acquired a controlling stake in the company from Dea CCR. The fund acquired from the company’s lenders 75% of the mid and long term credits of Canepa, Snaidero, Calvi, Pieralisi, Grotto, Biokimica, Trend Group, Consorzio Latte Virgilio, and Zucchi. In May 2018, the company applied for a receivership procedure as Dea CCR said it reached an agreement with Canepa’s lenders and took 67% of the business. Dea CCR said it aimed to pour 19 million euros for relaunching the company. The fund looked for an industrial partner and finally sold to Canepa and Maurizio Ceriani. The company expects to generate sales of 39.5 million.

Ascoli Piceno Court said that Italian contractor Saco (Santarelli Costruzioni) bankrupted (see here a previous post by BeBeez). The Court rejected the proposal of Cerberus, who became the company’s main lender after it acquired in November 2017 a 760 million portfolio of Npls from Rev, the bad bank that collected distressed credits for 10.3 billion from Banca Marche, Banca Etruria, Carichieti, and Cariferrara. Saco’s assets are worth in the region of 130 million. The company has a debt amounting to 250 million.

Trevi Finanziaria Industriale (Trevifin) would appeal against the decision of Forlì Court of rejecting its debt restructuring plan (see here a previous post by BeBeez). Enrico Laghi validated the restructuring plan that Cdp elaborated together with private equity Polaris Capital Management, the Trevisani Family, and lending banks (which include Intesa Sanpaolo and Unicredit). Rumours say that the Court rejected the plan as it questioned Laghi’s independence. Trevi’s shareholders FSI Investimenti and Polaris Capital Management confirmed their commitment to investing up to 77.5 million in a capital increase worth 130 million. The Meil Group (Megha Engineering & Infrastructures) reiterated its interest in acquiring Trevi’s Oil&Gas unit. In 3Q19 Trevifin posted sales of 448.5 million and an ebitda of 25.6 million.

Samp, an engineering company of Gruppo Maccaferri, applied for a receivership procedure (see here a previous post by BeBeez). Samp owns Sampsistemi; Sampingranaggi; Samputensili Machine Tools; and Samputensili Cutting Tools. In April 2018, Sampsistemi acquired from Gruppo Gauder French companies Setic and Pourtier that generate sales of 50 million euros. Private debt fund Muzinich & Co. Ltd. financed the acquisition through the subscription of a bond. Sources said to BeBeez that such issuance was of 25 million.

Rome Bankruptcy Court deferred to 26 March 2020 the meeting of Milan-listed contractor Astaldi (see here a previous post by BeBeez). On 21 November the Rome Court-appointed Vincenzo Mascolo and Piergiorgio Zampetti as commissioners together with Vincenzo Ioffredi. In 3Q19 Astaldi’s debt was of 1.86 billion euros. The company’s liabilities include a 75 million bridge loan that Fortress Investment issued.

Italian matrasses producer Rinaldi Group issued a one million euros minibond that Unicredit entirely subscribed (See here a previous post by BeBeez). The Rinaldi Family founded 55 years ago the company which is based in Salerno and has sales of 15 million. The bond’s term is of 7 years and the company will invest the proceeds in its organic development, said Stefania Rinaldi, R&D director and cfo.

Cristoforetti Servizi Energia’s 4 million euros second tranche issuance of its 8 million minibond attracted the resources of Banca Popolare dell’Alto Adige (one million), Cassa di Risparmio di Bolzano (one million), and Euregio Plus (2 million) (See here a previous post by BeBeez). The minibond is due to mature on 31 December 2024 and has an amortizing reimbursement. In July 2019, Fondo Strategico Trentino-Alto Adige subscribed the first tranche of the bond as the anchor investor. Cristoforetti Servizi Energia will invest such proceeds in its organic development. Cristoforetti Servizi Energia is born in 1996 and is an Energy Service Company (ESCo) and has sales of 39 million with an ebitda of 4.8 million.

Italian urban furniture provider Metalco issued a 3 million euros minibond that Fondo Veneto Minibond, part of Veneto Sviluppo (anchor investor), Iccrea BancaImpresa and Banco Tre Venezie subscribed (See here a previous post by BeBeez). The minibond is due to mature on December 2025 and has an amortizing reimbursement that will start in December 2021 with an annual coupon of 3.25%. Metalco will invest the proceeds of the issuance in its organic development and in strengthening its presence in Brazil and Latin America. Alfredo Tasca and Claudio Bertino founded Metalco in 1984. The founders’ kids Francesco Bertino, Daniela Bertino, and Massimo Tasca currently run the company that in 2014 opened Metalco do Brasil. In 2017 Metalco acquired the urban furniture unit of Italy’s City Design, while in January 2018 it both Bellitalia. Metalco has sales of 30 million with 5 million ebitda.

Fiamm Autotech, the Chinese subsidiary of Italy’s Fiamm, received 40 million renminbi (5 million euros) from Cassa Depositi e Prestiti, who raised such resources through the issuance of the Panda Bond (see here a previous post by BeBeez). The Italian producer of automotive components will invest such resources in incrementing its Chinese activities. Fiamm has sales of above 140 million euros and set its Chinese production plant in 2010 through Fiamm Autotech, based in Wuhan.