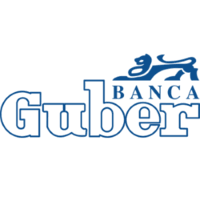 Italian challenger bank Guber Banca, will offer Italian retail investors the possibility to open saving accounts and will invest such proceeds for its factoring activity for SMEs (see here a previous post by BeBeez). Francesco Guarneri, is the ceo if Guber and founded the company with Gianluigi Bertini as an NPLs servicer. Guber then was transformed into a bank after obtaining authorization by the European Central Bank last March. Together they hold 66.7% of the business, while US firm Varde Partners has 33.3% since March 2017. Guber Banca will focus on buying Npls and unlikely-to-pay credits of SMEs. Guber will buy commercial invoices from SMEs through its online platform and proprietary algorithm. Guber has brokerage margins of 30.9 million of euros, and its portfolio of problematic credits under management is worth 7.9 billion. Do you think fintech can really help in improving NPLs servicers’ job? Even when corporate UTPs are to be analyzed? Are we going to see more examples of servicers becoming challenger banks or of small banks to be totally transformed to become challenger banks? Partecipate to the discussion in our NPLs Forum.

Warsaw listed non-performing loan manager specialist Kruk Group announced yesterday that it acquired 302 million euros GBV of unsecured Italian Npls. The deal was made through its Italian spv ItaCapital srl (see here a previous post by BeBeez). Since the end of 2015, when Kruk first approached the Italian Npls market, till the end of 2017 Kruk has been investing 140 million euros acquiring 10 portfolios for a total GBV of 2.7 billion euros. Earlier in July, Piotr Krupa, chairman and founder of Kruk, said that the firm may delist with the support of an investor.

Italian gas distributor 2i Rete Gas, a company that belongs to infrastructure investor F2i, APG and Ardian, placed a 7 years unsecured senior bond of 500 million of euros (see here a previous post by BeBeez). This issuance is part of the new company’s Eurobond medium-term note program for 3.5 billion. This bond will mature on 11 September 2025 and pay a 2.195%, has a Baa2/BBB rating with a yield of 165 basis points over the mid-swap rate. Bnp Paribas, Barclays, Goldman Sachs, and Unicredit acted as bookrunner for the issuance. The proceeds of this transaction will finance the organic growth of 2i which has revenues of 1.028 billion (930 million in 2016), an adjusted ebitda of 408.3 million (399.6 million), net adjusted profit of 121.6 million (129.5 million) and net financial debt of 2 billion (1.98 billion).

Starbucks opens its first coffe shop in Italy, in an iconic building owned by Blackstone in Milan