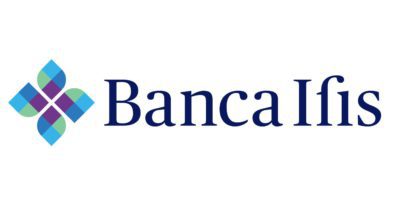 Unipol ReC, the credit recovery arm of Italian insurer Unipol, sold to Balbec Capital a portfolio of secured NPLs worth 22 million euros (see here a previous post by BeBeez). Banca Finint will act as master servicer and My Credit as special servicer.

Augusto, the controlling shareholder of Milan-listed real estate company Aedes Siiq, signed a debt restructuring agreement for 80% of its liabilities and filed with the Court an application for receivership (see here a previous post by BeBeez). Earlier in September, Augusto hired Rothschild & Co for selling its 51.25% of Aedes Siiq. Augusto belongs to Sator Private Equity Fund, Tiepolo, Prarosa, and Agarp since 2014 when it subscribed a 179.5 million capital increase.

Italian SMEs are borrowing resources and increasing their financial debt that now amounts to 260 billion euros (232 billion in 2019) said Osservitalia 2021, a report of Cerved Group (see here a previous post by BeBeez). The distressed financial liabilities increased from 22 billions to 51 billions and reduced to 44 billions in September 2021.

Olidata, an Italian IT company, is in receivership and will meet its creditors on 31 March (See here a previous post by BeBeez). Olidata has sales of 3.5 million euros, an ebitda of minus 0.757 million and a net debt of 1.6 million.

Polynt-Reichold, an International chemical company, issued a high yield multi-tranche bond in US dollars and euros (see here a previous post by BeBeez). The fixed rate tranches are of 325 million euros and 760 million US Dollars while the floating rate bond is of 325 million. The company also borrowed a revolving credit facility of 85 million. Polynt-Reichold will invest such proceeds in paying Investindustrial’s 50% stake in the business.

Electric, an Italian producer of industrial and thermal systems, attracted a direct lending facility of 1.5 million euros from HI CrescItalia Pmi Fund, part of Hedge Invest (see here a previous post by BeBeez). The fixed-rate senior unsecured loan has a tenure of five years and matures on 30 September 2026. The company will repay the facility quarterly after a grace period of approximately 12 months. Electric will invest such money in its working capital and core business. The firm has sales of 12.6 million and an ebitda of one million. Sign up here for BeBeez Newsletter about Private Debt and receive all the last 24 hours updates for the sector.

Alba Leasing, a firm of which Banco BPM owns 39.2%, carried on a securitization of leasing credits worth 1.103 billion euros through Alba 12 spv (see here a previous post by BeBeez). Alba 12 issued 4 tranches of abs, two senior (474.7 million and 225.2 million, Moody’s and DBRS assigned a rating of Aa3 and AAA), a subordinated of 238.4 million (Moody’s and DBRS assigned a rating of Ba1 and BBB), and an unrated junior of 175.1 million. Sources said to BeBeez that the placement is still undergoing. In 1H21 Alba Leasing generated net profits of 2.4 million. Sign up here for BeBeez Newsletter about Private Debt and receive all the last 24 hours updates for the sector.

Banco di Desio e della Brianza will acquire 15% of Anthilia Capital Partners through the subscription of a capital increase and signed an option for raising the stale to 30% (see here a previous post by BeBeez). Banco di Desio will invest 4.6 million euros for this transaction as soon as it will receive the authorization from Banca d’Italia.  Anthilia Capital Partners sgr is one of Italy’s most active investors in private debt assets.

Sintesi e Ricerca (SER), an Italian producer of industrial wax, received a 42 million euros financing facility from Intesa Sanpaolo’s 6 billion programme for the circular economy (see here a previous post by BeBeez). SER è belongs to the Ambroggio Family and has sales of 113.5 million, an ebitda of 20.9 million and a net financial debt of 39.3 million.

Tecnocap, an Italian producer of closure of which Simest (part of Cdp) owns a stake, received a financing facility of 8 million euros from Intesa Sanpaolo’s 6 billion programme for the circular economy (See here a previous post by BeBeez). The item has a five-years tenure with a pricing linked to sustainability and circular economy covenants. Tecnocap will invest such resources in technology for energy efficiency and implementing a more sustainable production process. The Morlicchio Family founded Tecnocap in 1993. The company has sales of 220 million euros and in December 2017 issued a bond that was part of the Elite Basket Bond.