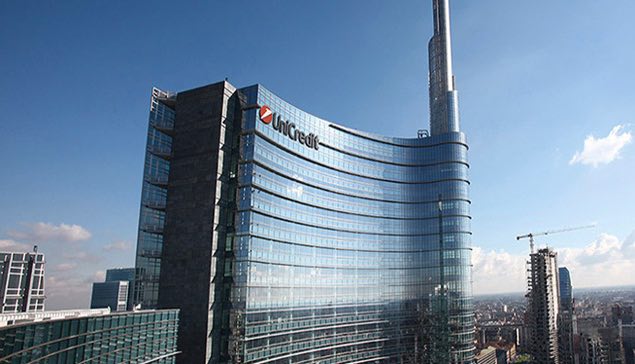 Unicredit sold to Milan-listed Illimity a portfolio of NPLs with a face value of 692 million euros (see here a previous post by BeBeez). This portfolio includes mortgages to Italian SMEs.

J-Invest, an investor in distressed assets, securitised a portfolio of unsecured NPLs worth 89 million euros and issued notes for a total of 15 million (see here a previous post by BeBeez). Unsecured debts out of receivership procedures with an above 10 years default vintage media make the majority of the portfolio.

Bologna Appeal Court said Bologna Court must rule on the receivership procedure of Ferrarini instead of Reggio Emilia Court (see here a previous post by BeBeez). Intesa Sanpaolo – Unicredit, and the competing bidders Gruppo Bonterre – Grandi Salumifici Italiani, O.P.A.S., and HP asked to change the Court in charge of discussing the receivership proposal that the Ferrarini family, gruppo Pini (80% owner of the target company) and AMCO filed with Reggio Emilia Court on 11 August 2020. Ferrarini’s debt amounts to about 360 million euros and includes Milan listed minibonds worth 35.5 million (a 5.5 million liability due to mature in December 2020 with a 5.625% coupon issued in December 2016 that Mediobanca’s Duemme subscribed and a 30 million item maturing in April 2020 with a 6.375% coupon).

Trapani’s Court rejected the bankruptcy request of Italian football team Trapani Calcio, that the creditors filed (see here a previous post by BeBeez). The court appointed Alberto Piacentino as extraordinary commisioner and asked Trapani Calcio to outline a receivership plan in 60 days. Earlier in September, the team’s onwer Gianluca Pellino asked the supporters to buy the asset for 1 euro, but didn’t sign for the closing. Pellino committed to pay 0.65 million euros to the previous owner Alivision Transport, a company that Fabio Petroni controls.

Wrm Group, a Luxembourg-based firm that Raffaele Mincione founded, acquired Kipre, an Italian producer of ham (see here a previous post by BeBeez). Trieste Court accepted the company’s debt restructuring plan. WRM acquired the company through Athena Capital. Earlier in July, Wrm made available 40 million euros for relaunching Kipre, which previously attracted the interest of Oxy Capital and QuattroR. Kipre appointed Marco Modica (chairman), William Mincione and Walter Bellantonio who will lead the company. Kipre has sales of 165 million, an ebitda of 7 million and a net debt of 130 million (71 million with banks and 46 with suppliers).

Finint Investments is soon to launch a fund that will invest in UTPs, as ceo Mauro Sbroggiò previously said to BeBeez (see here a previous post by BeBeez). Finint will acquire the majority of UTPs from Unicredit while Milan-listed doValue and its subsidiary Italfondiario will act as servicer and pour 30-40 million euros of fresh cash for relaunching the business of borrowers. Finint will brand the vehicle as Efesto Credit Fund and buy gross UTPs for 450 million euros (190 million secured and 260 million unsecured). Banks may sell credits for a stake in Efesto. Sources said to BeBeez that Finint Investments also aims to launch a turnaround fund for SMEs based in the Veneto region and brand it as Obiettivo Nord Est (ONE). Finint will choose the companies to relaunch and then acquire from the lending banks the targets’ debts and implement a turnaround strategy with the resources of new investors.

Olpneus issued a short-term minibond of 0.35 million euros and will list it on Milan market (see here a previous post by BeBeez). The bond is due to mature on 21 July 2021. Investors can require a 90% guarantee of Fondo di Garanzia for the liability’s principal and interest. Olpneus has sales of above 41 million with an ebitda of above 2 million.

Italian football team Inter Milan, whose chairman is Steven Zhang, posted a loss of 100 million euros (see here a previous post by BeBeez). AC Milan loss amount to 195 million, while the figure for listed AC Roma is of 204 million with an equity of minus 242.5 million. Listed Juventus and Lazio posted losses of 89.7 million and 15.9 million. Earlier in August, Inter Milan placed a Luxembourg-listed bond of 75 million euros for financing the business. That bond is a top-up of a previous 300 million euros issue listed in 2017 (see here a previous article by BeBeez).

The m&a in football, in 30 years 369 deals on the Big-5, of which 111 on the teams of the Serie A Football League. The analysis of Tifosy-Granblau Consulting