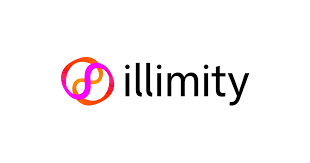 Milan-listed illimity Bank purchased a portfolio worth in the region of 1.8 billion euros of Public Procurement Claims (PPCs) from Apollo Global Management (see here a previous post by BeBeez). Apeiron Managment Management sold the portfolio. We recall that Apeiron has had an exclusive advisory contract with Apollo since March 2018 and in 2021, after having already invested the first 300 million euros on behalf of the US private capital giant, it had been entrusted with another 100 millions for further investments in Italy (see a previous article by BeBeez). Among the investments made by Apeiron there was also the entire portfolio of tender reserves of Grandi Lavori Fincosit, the construction group of the Mazzi family that was admitted to a composition with creditors procedure, which provided for the sale of a series of assets. For Apeiron-Apollo that was an investment of 80 million euros for a face value of the tender reserve portfolio of 1.3 billion euros.  So the new deal with Illimity is relativo to two sub-portfolios: the first one, with a total face value of approximately 546 million euros and expected collections in the short term, will be purchased directly by illimity; the second one, whose nominal value exceeds 1.2 billion euros (the one referred to Grandi Lavori Fincosit), will be instead purchased by a new securitization vehicle whose noteholders will be again illimity (senior noteholder) and the Apollo funds.

Efesto Credit Fund, a credit fund managed by Finint Investments sgr and focused on corporate UTPs on italian banks’ books, reached 710 million euros GBV of UTPs its portfolio (see here a previous post by BeBeez). Efesto previously acquired UTPs with a face value of 450 million (190 million secured and 260 million unsecured) from Unicredit, BPER, Bnl, and other banks who swapped their exposures with stakes of the fund. Sources said to BeBeez that Efesto has not a unit for fresh finance and that Italfondiario will pour 30-40 million in the vehicle.

Grotto, the troubled owner of Italian fashion jeans brand Gas, will soon start a sale auction (see here a previous post by BeBeez). United Brands Company tabled a binding bid, while Andrea Citterio made a 17.2 million euros offer. Sources previously said to BeBeez that 6-10 million are necessary for relaunching the business. At the end of January, the Court could make a decision about the company’s application for receivership. Sources previously said to BeBeez that Dea CCR would support a new investor in the company together with the Italian Ministry for the Economic Development (MISE).

Italian troubled shipping company Moby and its subsidiary CIN (fka Tirrenia), filed with Milan Court a new receivership plan as commissioners Maurizio Orlando, Tiziana Gibillini, Marco Russo, and Giorgio Zanetti said (see here a previous post by BeBeez). Moby said that its proposal has better conditions for the company’s creditor and that Ad Hoc Group (the bondholders and the banks) are favourable. In September 2021, Moby signed an agreement with on third of the investors in its Luxembourg-listed bond of 300 million euros with a 7.75% coupon due to mature in 2023. Soundpoint Capital, Cheyenne Capital, BlueBay, Aptior Capital, and York Capital subscribed the issuance.

Italian real estate group Franco Barberis refinanced its debt with the support of Banca d’Alba and Illimity (see here a previous post by BeBeez). Franco Barberis had missed its previous business plan revenues and ebitda targets even though it reduced its debt from 53.2 million euros in 2015 to 40.3 million at the end of 2020. The firm has revenues of 27.7 million and an ebitda of one million.

Italian football club FC Inter  issued a bond of 415 million euros due to mature in 2027 with the support of Goldman Sachs (see here a previous post by BeBeez). The company will invest the proceeds in refinancing a 375 million bond with a 4.875% coupon due to mature at the end of 2022.

Banco BPM carried on a syntehtic securitization of 1.5 billion euros of performing SMEs loans  with the support of the European Investment Bank (EIB) and the European Investment Fund (EIF) as part of the ARTS (Asset Risk Transfer Sharing) Programme (see here a previous post by BeBeez). Banco BPM will issue financing facilities of more than 950 million to Italian SMEs. The EIF will provide a 90 million warranty for the junior tranche while the EIB will provide a 90 million back-to-back warranty. Sign up here for BeBeez Newsletter about Private Debt and receive all the last 24 hours updates for the sector.

AD Compound, an Italian chemical company, received a 2.5 million euros loan from Unicredit (see here a previous post by BeBeez). Fondo Centrale di Garanzia provided a warranty for the facility that is part of the programme Finanziamento Futuro Sostenibile of UniCredit that aims to support Italian SMEs for the implementation of ESG plans.I

Faor, an Italian producer of components for the jewllery industry, issued a minibond of 3 million euros that Hedge Invest subscribed (see here a previous post by BeBeez). The unsecured bond pays a 5.3% annual rate with quarterly amortising and coupons and due mature in 2026, sources said to BeBeez. Faor belongs to the Gadani and Camaiani Family and has sales of 61.2 million with an ebitda of 0.953 million and a net debt of 4.2 million.

Irritec, an Italian producer of irrigation systems, issued a green minibond of 12 million euros that Unicredit subscribed (see here a previous post by BeBeez). The 7-year bond pays a floating rate that will be cheaper upon the achievement of ESG targets. Irritec has sales of 198 million and an ebitda of 35.8 million. Sign up here for BeBeez Newsletter about Private Debt and receive all the last 24 hours updates for the sector.

Sources said to BeBeez RedFish LongTerm Capital (RFLTC), an Italian investment holding, poured resources in SolidWorld Group, a firm that supports SMEs for the digital transition towards the Industry 4.0 (see here a previous post by BeBeez). SolidWorld Group could issue a convertible bond, said the sources. The company has sales of 49 million and an ebitda of 2,6 million.

FIVE Bianchi (Fabbrica Italiana Velocipedi Edoardo Bianchi), an Italian iconic producer of bycicles and e-bikes, received a loan of 15 million euros from Intesa SanPaolo (see here a previous post by BeBeez). The company will invest 5 million in the construction of a production plant and 10 million in increasing the output. Sace provided a green warranty for the 10 million. The issuance is part of Intesa Sanpaolo’s programme S-Loan Climate Change that supports companies for the ecologic transition and the achievement of the targets of the National Plan for Recovery and Resilience. Bianchi has sales of 70.7 million, an ebitda of 3.3 million.

Sider Navi, an Italian shipping company of Swiss Nova Marine Carriers, who belongs to the families Romeo and Bolfo/Gozzi, received two financing facilities from illimity Bank (see here a previous post by BeBeez). SACE provided a warranty or one of the items. The company will invest the proceeds in the acquisition of the vessels Sider Bergen (7.85 million US Dollars) and Sider Sonja (7.7 million US Dollars) from the mother company.

Lucart, an Italian paper company, received a 10 million euros financing from Intesa Sanpaolo with the green warranty of SACE (See here a previous post by BeBeez). The company will invest the proceeds in the achievement of ESG and circular economy targets that will make the liability cheaper. Lucart has sales of 515 million and belongs to the Pasquini Family.

Nord Fluid, an Italian distributor of industrial components, issued a minibond of 2 million euros that Unicredit subscribed and for which Mediocredito Centrale’s Fondo di garanzia per le Pmi provided a warranty (See here a previous post by BeBeez). The bond is due to mature in 6 years (18 months of preamortization). The company will invest the proceeds in its organic growth. Nord Fluid has sales of 32 million and an above 9.5% adjusted ebitda margin. Sign up here for BeBeez Newsletter about Private Debt and receive all the last 24 hours updates for the sector.