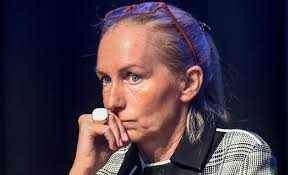 On 3 February, Wednesday, Marina Natale, the ceo of AMCO, said before the Italian Parliamentary Commission for Banks that MP Carla Ruocco chairs, that by 2023, Italian banks will have new NPLs of 60-100 billion euros in their books as a consequence of the coronavirus turmoil (see here a previous post by BeBeez). Natale said that Banco Bpm, Bper, Mps, and Ubi Banca are the banks with the most relevant exposure to risky sectors. Natale suggested to implement ad-hoc tools for providing worthy SMEs with fresh resources and to harmonize the requirements for accessing to the servicing market.

Banca BPER is considering the sale of an Utp portfolio of 400-450 million euros, ceo Alessandro Vandelli said on 3 February, Wednesday (See here a previous post by BeBeez). Vandelli added that the bank’s gross expected Npe ratio is of 6% with distressed credits for 4.34 billion euros (2.08 billion struggling credits, 2.1 billion of Utps and 141 million of expired credited.

NPL Markets (fka LiquidityNpl), a London fintech investor in distressed credits and illiquid assets,  attracted an undisclosed amount of resources from business Angels and institutional investors (see here a previous post by BeBeez). Gianluca Savelli is the company’s ceo and cofounder, while Waleed El-Amir, Burkhard Heppe and Fulvio Pelargonio are the company’s chairman, cto and head of business development manager.

Intesa Sanpaolo is sounding the ground for the sale of NPLs worth 5-6 billion euros (see here a previous post by BeBeez). Carlo Messina, the bank’s ceo, previously said that in 2021 the bank aims to carry on relevant deresking transactions. Intesa’s NPE ratio is of 6%.

BCC Centropadana sold NPLs with a face value of 5.2 million euros to Balbec Capital through the securitization vehicle Duomo spv (See here a previous post by BeBeez). Secured credits with real estate underlaying assets are the majority of the portfolio.

Cairn Capital, a corporate debt investor that belongs to Mediobanca, acquired 64% of Bybrook Capital, a London-based investor in distressed credits (see here a previous post by BeBeez). The minority owners of Cairn Capital will own 36% of Bybrook together with its current shareholders. Bybrook is born in 2014 and has assets under management worth 2.5 billion US Dollars.

Value Italy Credit (VIC) aims to raise 215 million euros for investing in corporate UTPs (see here a previous post by BeBeez). VIC already invested 153 million for acquiring UTPs with a face value of 361 million. Marco Canale, is the chairman and managing partner of Value Italy, fka MPVenture, the private equity arm of Montepaschi. At the end of 2013, Canale carried on a management buyout of MPVenture with the support of Coller, an investor in secondary buys of private equity funds. Coller also acquired all the limited partnerships that Montepaschi had in private equity funds but those in Fondo Italiano d’Investimento.

Italy’s troubled shipping company Moby made a new proposal to its main creditors (bondholders that invested 300 million,  banks and Tirrenia-Cin that lent 260 million euros and 180 million) (see here a previous post by BeBeez).  Moby and Tirrenia-Cin asked Milan Court delay after 28 December 2020 the deadline for outlining a receveirship plan. Previous press reports said that Moby and Tirrenia attracted the interest of Fortress Investment Group, Clessidra, and Europa Investimenti, parto of Arrow Global. Europa Investimenti’s new proposal for the Moby group includes a liquidity injection, but with two alternatives for repaying the credits. The first involves an immediate reimboursement of 30% of the credit and the second option involves a more limited repayment, but with the prospect of obtaining more money in subsequent years following the sale of 8 ships of the Moby and Tirrenia Cin fleet over a period of 5 years and the launch of a new company which would own all the vessels and which would subsequently lease back the ferries to Moby. Europa Investimenti would have a stake in this newco that will own the ships. This proposal of Europa Investimenti and Arrow Global will allow the Onorato family to keep a stake in the company.

Credimi, the Italian fintech corporate lender, launched Credimi Subito a digital financing facility for micro companies at least two years old and with revenues of 0.1 million euros and above (see here a previous post by BeBeez). The facility has a tenure of 5 years and one of pre-amortisation. Borrowers may apply for up to 25% of their revenues or 25,000 – 1.5 million euros. Credimi will receive the Government warranty of Fondo Centrale. Ignazio Rocco is the ceo and cofounder of Credimi, said that a big international bank will invest in the securitization of these credits.

Finint and Copernico sim signed a partnership  for the distribution of PIR Finint Economia Reale Italia, a bond fund for supporting Italian SMEs (See here a previous post by BeBeez). The fund will invest in bond, convertible bonds, equity, investment funds, banking deposits and monetary instruments. Mauro Sbroggiò is the ceo of Finint, while Gianluca Scelzo is the managing director of Copernico sim.

Frette, an iconic Italian textile company that belongs to Change Capital Partners, borrowed 12 million euros from Milan-listed illimity (see here a previous post by BeBeez). The loan has a tenure of 6 years and has the warranty Garanzia Italia of Sace. Frette has sales of 100 million, while its Italian subsidiary’s revenues amount to 46.7 million, an ebitda of 0.741 million and a net financial debt of 2.6 million.

Aero Sekur, a supplier of components for the aerospace and defence sector, received a direct lending facility of 3 million euros from HI CrescItalia PMI Fund, a private debt fund of Hedge Invest sgr con la consulenza di CrescItalia Holding (see here a previous post by BeBeez). The senior unsecured facility pays a fixed rate and has a tenure of 5 years due to mature on 31 March 2026 with a quarterly repayment plan and an initial pre-amortising periof of 12 months. The company will invest these resources in its organing development and working capital. Aero Sekur is born in May 2017 out of the merger of Arescosmo with Aero Sekur. Aero Sekur has sales of 15.95 million, an ebitda of 0.373 million and net cash of 0.854 million.