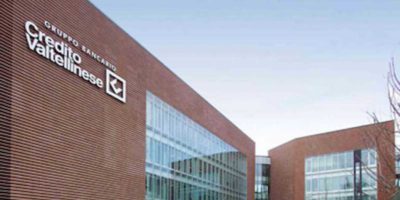 Crédit Agricole Friuladria, Credit Agricole Italia and Credito Valtellinese securitised a portfolio of NPLs with a gross value of 1.834 billion euros (see here a previous post by BeBeez). The spv Ortles 21 acquired the NPLs and issued class A notes of 340 million euros (BBB rating from DBRS Morningstar, Scope and Arc Ratings); class B of 40 million, and a junior tranche of 14.3 million. The class A’s rate is of 6M Euribor + 30 bps; class B 6M Euribor + 9.5%. The payment of euribor yields of the class B is subject to the redemption of the class A securities. Class J principal and interest are subordinated to the redemption of the senior and mezzanine notes.

Banca Carige sold to AMCO a portfolio of distressed credits and UTPs from leasing contracts with a face value of 17.7 million euros (see here a previous post by BeBeez). Such a transacion is consistent with Banca Carige’s derisking strategy. The bank has a gross Npe of 5% and 2.6% net.

The majority (91.89%) of creditors of Italtel, a TMT company in receivership, accepted the firm’s restructuring plan (See here a previous post by BeBeez). Clessidra Capital Credit acquired the company’s 60 million euros debt with Banco BPM, Banca Ifis and UBI Banca – Intesa Sanpaolo ahead of a conversion in equity. Italtel will launch a capital increase of 56.3 million (48 million in cash- 29.9 million from Gruppo PSC, 9 million from TIM and 8.7 million from Clessidra. Clessidra and TIM will covert credits of 8.5 million in equity. After such a transaction, Italtel will belong to PSC Partecipazioni (53.66%), Clessidra Capital Credit (28.62%) and TIM (17.72%).

Cassa Depositi e Prestiti (CDP) received from the European Investment Bank (EIB) warranties for 200 million euros (See here a previous post by BeBeez). CDP will invest such proceeds in subscribing basket bonds of Italian SMEs for a total of 630 million. In the first part of the programme, the firms will issue minibonds of 2 – 25 million in favour of spvs that the subscribing banks will create. CDP and other investors will then acquire from the spvs the asset backed notes for the same amount. The EIB will provide a 90% warranty for each issuance and 35% of the minibond portfolios for up to 200 million of the whole programme. European Guarantee Fund (EGF) will also support the project

Megas, a real estate investment vehicle that Prelios manages on behalf of pension fund Enasarco, received from Intesa Sanpaolo and Unicredit a loan of 223 million euros (see here a previous post by BeBeez). Megas will invest such proceeds in refinancing its liabilities and developing its assets.

Dea Capital Real Estate received a green financing facility of 358 million euros from Unicredit on behalf of Fondo GO Italia, a vehicle that BentallGreenOak subscribed (See here a previous post by BeBeez). DeA Capital Real Estate has to achieve ESG targets. The loan has a 3-year tenure. The firm will invest the proceeds in acquiring 20 logistic sites in the North of Italy.

Green Lucca, a renewable energy company, issued a Milan-listed green bond of 72.3 million euros with a ten-year maturity and a 2.75% coupon (See here a previous post by BeBeez). Deutsche Bank subscribed the bond. Green Lucca is part of Gruppo Green Utility and has sales of 12.5 million, an ebitda of 5.7 million and a net debt of 53.7 million. The company will invest the raised proceeds in its organic development.

Veritas (Veneziana Energia Risorse Idriche Territorio Ambiente Servizi), a multiutility company that belongs to Venice Municipality (50.3%) and other municipalities of the area, issued a 25 million euros bond (see here a previous post by BeBeez). The liability is due to mature in 2038 and pays a 3.35% coupon. An undisclosed foreign infrastructural investment fund. Veritas has sales of 356 million, an ebitda of 56.7 million and a net financial debt of 219 million. The company will allocate the raised proceeds for infrastructural investments.

Morellato, an Italian jewllery producer, received a 10 million euros ESG linked facility from Crédit Agricole FriulAdria with the warranty of SACE (see here a previous post by BeBeez). The company set ESG targets and will invest such proceeds in opening 20 flagship stores in France and 10 in Italy. Morellato has sales of 207.7 million euros with an ebitda of 52 milliond and a net financial debt of 237.7 million.

Bibite Polara, an Italian soft drinks producer, issued a 1.5 million euros ESG minibond that Unicredit subscribed and for which Mediocredito Centrale’s Fondo di garanzia per le Pmi provided a warranty (See here a previous post by BeBeez). The transaction is part of the Bond Food Mezzogiorno programme of Unicredit. The bank will charge the company with a lower coupon payment upon the achievement of ESG targets. Bibite Polara has sales of 7.7 million with an ebitda of 0.313 million. The company hired Nativa as sustainability advisor. Moak, Cantine Ermes, Caseificio Palazzo, Gustibus Alimentari, Mangimi Leone, Almeda, Leone Group, Fattorie Garofalo, and De Martino Pasta joined Bond Food Mezzogiorno and issued bonds for a total of 27 million with the warranty of SACE. Sources said to BeBeez that the programme has not a plafond.

Aurora, an Italian producer of iconic pens, stationery items and watches, received a financing facility of 0.5 million euros from Unicredit’s Finanziamento Futuro Sostenibile Programme for the implementation of ESG strategies (See here a previous post by BeBeez). The company committed to supporting non-profit organisations in the first three years after the granting of funding and to increase the number of women directors. Aurora belongs to the Verona Family and has sales of 4.4 million, an ebitda of 0.336 milion with a net financial debt of 3 million.

Aifar, an Italian manufacturer of chemical products for agricolture, issued a short term minibond of 300k euros as part of the programme Master per Emittenti Seriali of Frigiolini & Partners (F&P) Merchant (See here a previous post by BeBeez). The issuance is due to mature on 30 November 2022 and received a warranty for 80% from Fondo di Garanzia per le PMI. The bond has a gross yield of 4.2% with a call option for the issuer and a reward for the investor. Aifar placed the bond on Fundera, a crowdfunding portal of F&P Merchant accredited with Sace for the warranty Garanzia Italia.

Solis, an Italian producer of renewable energy, issued a 3 million euros ESG minibond that Zenit subscribed (see here a previous post by BeBeez). Sources said to BeBeez that the bond is due to mature at the end of September 2026 and will pay a lower coupon upon the achievement of Solis ESG targets. Sign up here for BeBeez Newsletter about Private Debt and receive all the last 24 hours updates for the sector.