Npls net transaction prices have been 18% in Italy in 2017, Banca Ifis says 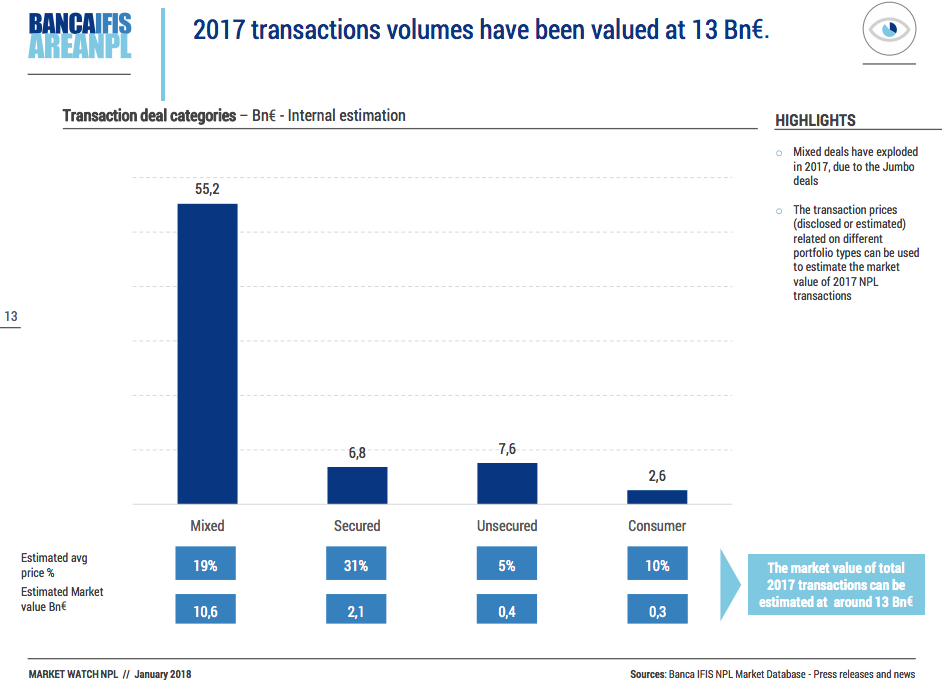 Net price for Npls transactions in Italy in 2017 was 13 billion euros or 18% of GBV, Banca Ifis estimates in its last  Npl Market Watch, adding that portfolios suppoted by the italian Government guarantee (Gacs) have been valued at higer prices as far as unlikely-to-pay portfolios.

Banca Ifis’s figure is based on a total of 72 billion euros GBV deals in Npls last year in Italy, including 26.1 billions relating to the coming Montepaschi’s securitization which techcnically is then to be realized this year even if on the basis of criteria defined in 2017 (see here a previous post by BeBeez).