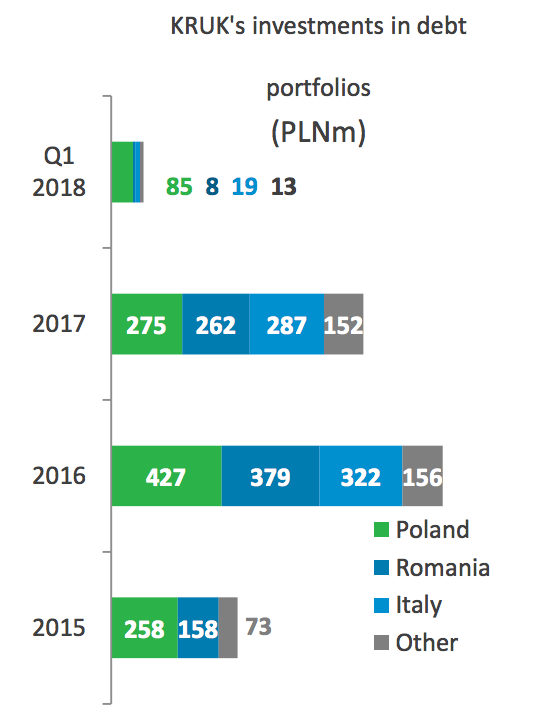 Since the end of 2015, when Kruk first approached the Italian Npls market, till the end of 2017 Kruk has been investing 140 million euros acquiring 10 portfolios for a total GBV of 2.7 billion euros (see here a previous post by BeBeez and Kruk’s press release about FY 2017 financial statements). To this figure other 4 million euros have to be added as new investments in Q1 2018 (see Kruk’s presentation of Q1 2018’s results) and the investment in the new 302 mln euros GBV portfolio of which price has not been disclosed.

The small 4 million euros investment has been related to the acquisition of a Npl portfolio of unsecured from energy and gas contracts issued by Italian utility Sorgenia last April. The deal was also made by ItaCapital srl (see here Italy’s Gazzetta Ufficiale).

The last publicly announced deal in Italy by Kruk was the acquisition in une 2017 of an unsecured 131.7 million euro GBV Npl portfolio bought from Deutsche Bank spa  (see here a previous post by BeBeez).

In the meantime big news about Kruk’s capital structure might come in the next months as Kruk’s founder and ceo Piotr Krupa told the press last July that the group could be delisted if a potential new investor in the company decided to do so and should choose the new development path by end-2018 (see here The Warsaw Voice).