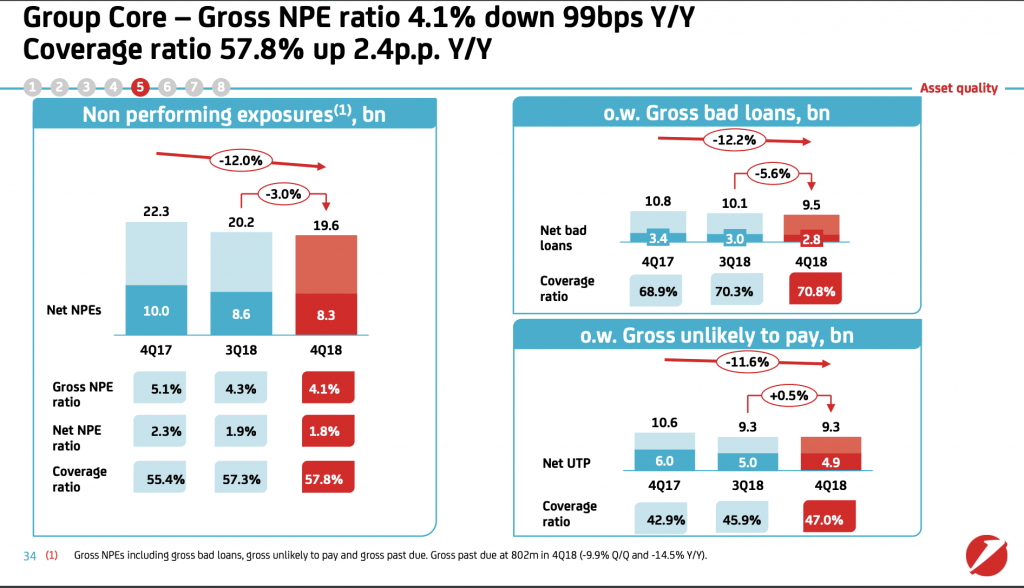 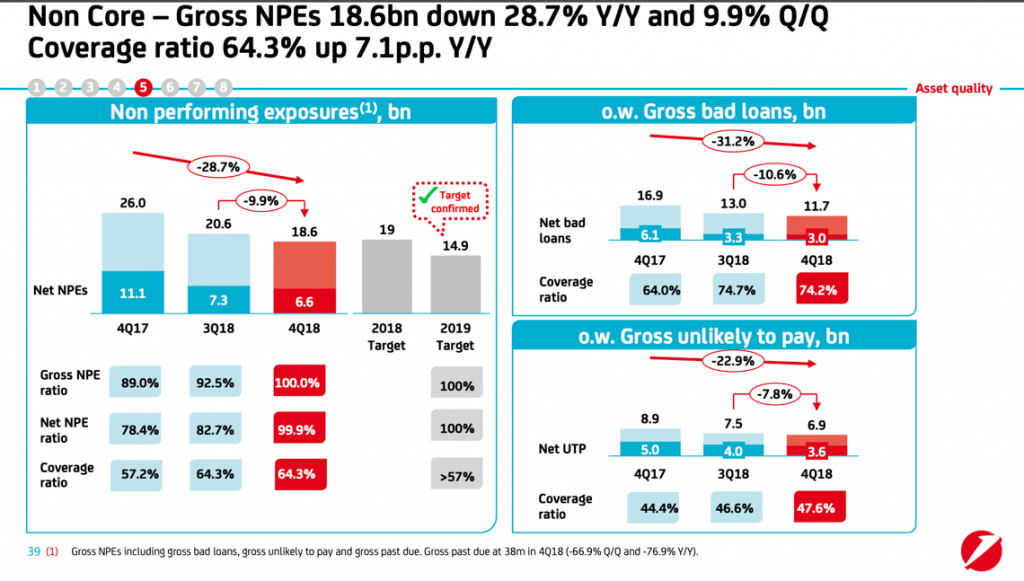 The banking group at the end of 2018 had 38.2 billion in gross non performing exposures, equal to 7.7% of the total loans, with a coverage ratio of as much as 61%, down from 48.3 billions at the end of 2017, when the NPE ratio was 10.3%. This was announced by the bank at the presentation of the results of FY 2018 last February, stating that the divestments of the NPE portfolio considered “non-core” continued in line with the Transform 2019 plan, presented at the end of 2016 (see here a previous post by BeBeez).

In particular, gross non-core non-performing exposures fell by € 7.5 billion to € 18.6 billion, therefore below the target of € 19 billion set for the end of 2018 (see the presentation to analysts of the 2018 results here) , while the target for the end of 2019 was confirmed, so the bank will have to reduce them by another 3.7 billion between disposals and management.

Group gross non-performing loans fell to € 21.2 billion at the end of 2018, gross probable defaults of € 16.2 billion and past due impaired exposures amounted to € 840 million.

Meanwhile the Sandokan 2 operation is proceeding, that is the sale of a portfolio of impaired loans made up mainly of unlikley to pay real estate, therefore secured, which would be the re-issue of the Sandokan project, launched in autumn 2015, which then brought the banking group to securitize a € 1.3 billion portfolio. This time, however, the portfolio in question would have a larger size, between 2 and 3 billion euros. The institute led by Jean Pierre Mustier should not launch a tender but address directly the interlocutors of the first transaction concluded at the end of 2016, ie Pimco, Gwm and Finance Roma, through the newco Aurora Recovery Capital (see here a previous post by BeBeez).