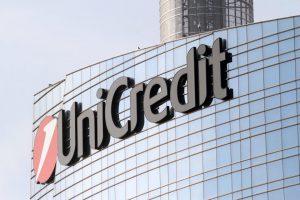 The Npl portfolio under securitization by Unicredit with senior tranches guaranteed by Italian Government’s guarantee (Gacs) is worth 6.057 billion euros. This can be read in the report recentely released  by the German agency Scope Ratings which assigns the preliminary ratings to the three tranches of  asset-backed securities issued by SPV Prisma srl ​​(see the press release here). The deal was expected by the end of September, but then there were talks of a securitization of a 5 billion euros portfolio (see here a previous post by BeBeez).

According to Scope Ratings, the portfolio is composed of both senior secured (64.0%) and unsecured (36.0%) loans (including junior secured loans). The loans were extended only to individuals. Secured loans are backed mostly by first-lien mortgages on residential properties (90.2% of property values), whilst the remainder collateral (9.8%) is composed of commercial, land and other type of properties. Properties are well distributed across Italy, with similar shares in the north (37.1%), centre (24.2%), and south (38.6%) of Italy.

Prisma has issued a total of 1.32 billion euros of asset backed securities for an average price, therefore equal to 21.8% of the GBV. In particular, there is a 1.210 billion euros senior class A, with a BBB + rating; an 80 million euro  mezzanine class B with a B- rating; and a 30 million euro junior class J junior with no rating. Classes A and B will pay a variable rate equal to the euribor six-month rate, plus a margin of 1.5% and 9% respectively.  For Unicredit this would be the second largest sale after the Fino project launched in 2017, worth 17.7 billion euros (see here a previous post by BeBeez).

The bank has other deals underway on the NPEs front: last August it sent teasers to a small number of investors for the sale of an UTPs loan portfolio called Project Dawn with a GBV of one billion euros (see here a previous post by BeBeez). Furthermore, at the beginning of June Unicredit announced the start of the second phase of the Sandokan program with the signing of the agreement to entrust the management and special servicing activities relating to the loan portfolio unlikely to pay real estate named Sandokan 2 to Pimco, Gwm and Arec (Aurora Recovery Capital) for a maximum amount of 2 billion euros, to be sold in several successive tranches (see here a previous post by BeBeez). Unicredit is still involved in one of the major deals expected in the coming months: in fact, the bank has decided to market part of a 13.3 billion euro UTPs portfolio and grant a management mandate for the other part(see here a previous post by BeBeez), along the lines of the agreement that Intesa Sanpaolo has entered into with Prelios sgr in relation to a total portfolio of 10 billion UTPs.