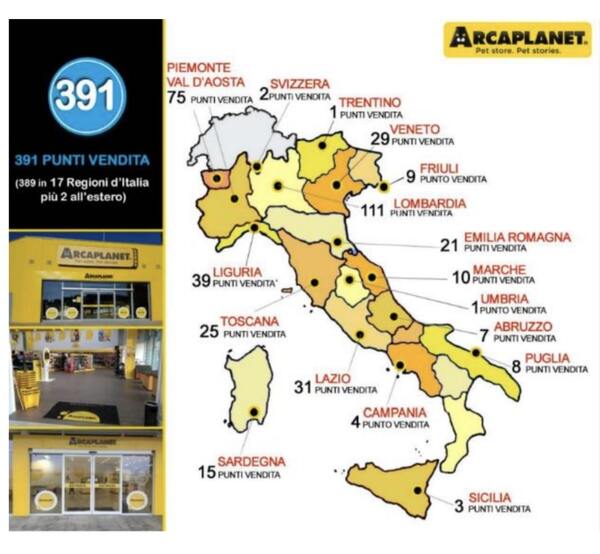 In a few days it is expected the decision of the Italian Antitrust regarding the acquisition of Agrifarma spa, owner of the Arcaplanet brand of pet products shops, announced last June by Cinven, in conjunction with the acquisition of the German pet products shops chain Maxizoo (see here a previous article by BeBeez). In fact, on November 22nd 2021, Italy’s Competition and Market Authority (AGCM) announced the start of an investigation and that the proceeding had to be finalized within next 45 days (see here the Antitrust Bulletin). Meanwhile, on January 3rd, the deadline for third parties to send their observations to the AGCM expired.

The transaction on Arcaplanet is actually a bit more complex than what was communicated last June. In fact, Fressnapf Beteiligungs, the former owner of Maxizoo, will also enter the shareholding structure of the new group not just as a consideration for transferring MaxiZoo but as in turn will also invest cash for the purchase of the Arcaplanet itself, with the result that at the top of the control chain of the new reality there will be not only Cinven (with 63.8% of the capital), but also Fressnapf with 32.5%, joined by the management with a 3.7% stake.

The transaction will be partially financed with a 550 million euros senior secured bond issue. For the rest, as stated in the Bond Prospectus, Cinven will contribute about 420 millions in cash, while Fressnapf will invest 54 millions in cash and will bring in Maxizoo, which has been assigned an equity value of 160 millions. The enterprise value of the entire operation, including the refinancing of the approximately 148 million of existing bank debt and the 40 million euros of transaction fees, is just under 1.3 billion euros. 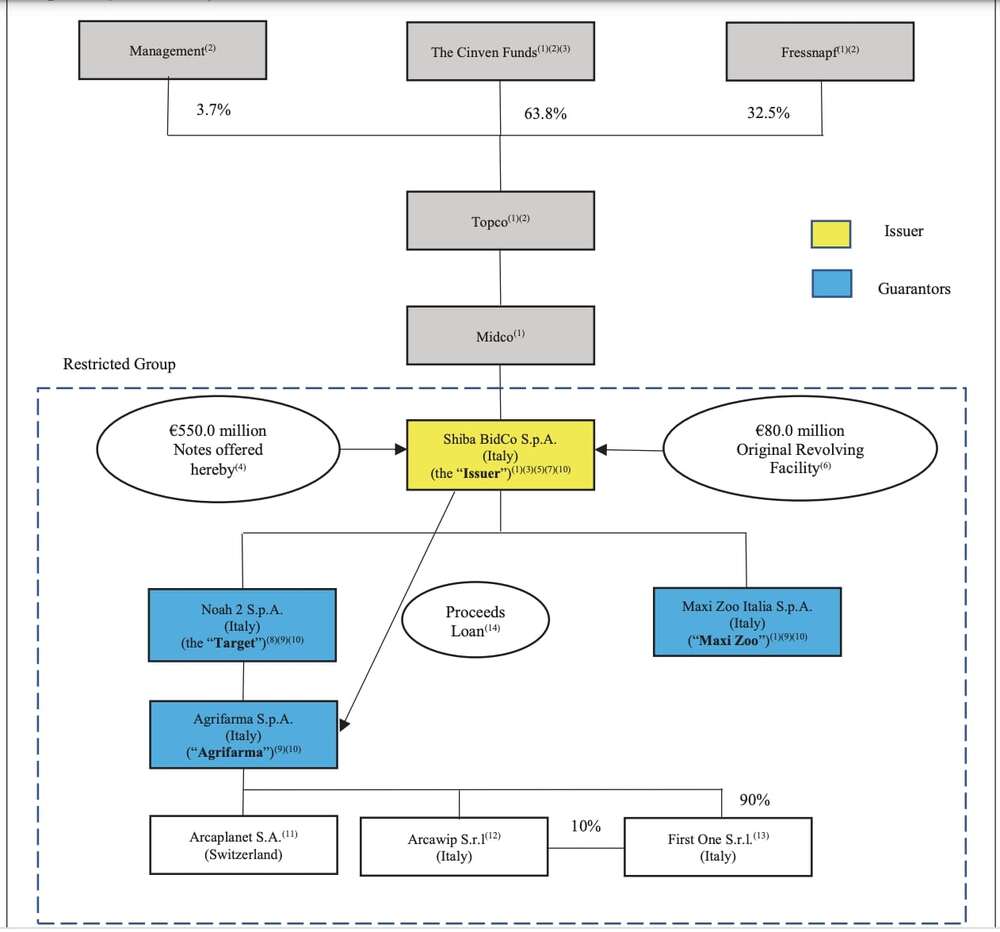