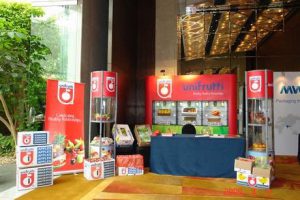 The producer and distributor of fresh fruit Unifrutti issued a 140 million euros senior secured bond which was totally subscribed by The Carlyle Group through its Credit Opportunities fund (see the press release here). The placement of the notes, maturing in 2026 with a 7.5% coupon, had been announced last September but the name of the investor had not been disclosed till no (see here the press release). The issuer is Unifrutti Finance plc, a wholly-owned subsidiary of Unifrutti International Holdings Limited. The funds will be used by the company to refinance existing debt and support its expansion plans.

Unifrutti, with a consolidated turnover of 700 million and an ebitda of 70 million, is a world leader in the production, import and distribution of fresh fruit and is wholly owned by the De Nadai family, which founded it in 1948. It is based in Montecosaro (Macerata) and has over 500 customers in 50 countries. It is one of the largest producers and distributors in the world of bananas, apples, grapes, lemons and other fruits. The main plantations of Unifrutti are in Chile, in the Philippines, in South Africa and in Europe. Most of the production comes from farms owned and managed directly or by partner producers.

The Credit Opportunities fund of Carlyle closed its fundraising on June 30th at 2.4 billion euros. It invests in private capital solutions directly originated and destined mainly to issuers of medium-large debt securities, including companies not owned by private equity funds, companies that are family-owned or controlled by the entrepreneur. The fund offers diversified solutions in the capital structure through a combination of financial loans, senior debt, mezzanine debt, convertible bonds and other debt or similar instruments, together with preferred and ordinary shares. Carlyle’s Global Credit team is 18 people based in New York and London. The Italian managing director Nicola Falcinelli works from London.

Carlyle has total assets under management at 30 June 2019 of 223 billion dollars and employs over 1,775 professionals in 33 offices on 6 continents and is listed on the Nasdaq. In Italy, last May, the US fund purchased 950 million euros  100% of the capital of Forgital spa, the Vicenza-based company specializing in the production of rings and other large forged components destined for the aerospace, oil & gas and energy sectors. Sellers were Fondo Italiano di Investment, managed by Neuberger Berman, and from the Spezzapria family (see here a previous article by BeBeez). During the same period, the American fund sold Marelli Motori to the English investment holding Langley plc ( see here a previous article by BeBeez). Currently Carlyle is reflecting on the enhancement of the luxury clothing brand Golden Goose, which could be sold or listed on the stock exchange (see here a previous article by BeBeez).

Italy’s search fund Patria buys Farmoderm. This is the first deal by a search fund in Italy. A conference today in Milan on this topic