Coronavirus is putting pressure on the bonds of Selecta, the Swiss group that manages snack and drink vending machines, controlled by KKR and which in 2017 bought the Italian company Argenta (see here a previous article by BeBeez).

Last November Selecta had refinanced part of its debt by issuing other 100 million euros of bonds on top of its senior secured bond maturing in 2024 and paying a 5.875% coupon originally issued in March 2018 for 765 million euros and listed on the Berlin Stock Exchange and had also issued other 50 million euros of its senior floating rate bond, maturing in 2024, originally issued in March 2018 for 325 million (see here a previous article by BeBeez). 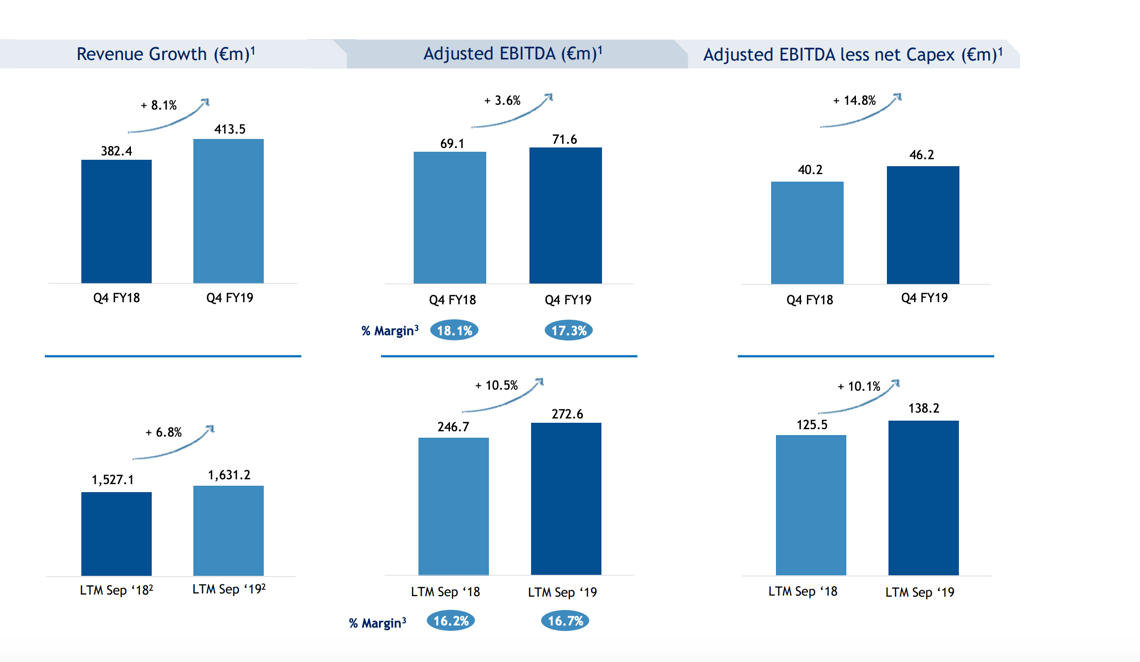 In March 2018 Selecta had refinanced its debt for a total of 1.3 billion euros distributed in three tranches, precisely the two bonds mentioned above plus another one worth 250 million Swiss francs (see here a previous article by BeBeez).

In particular, the fixed-rate euro bond has now collapsed to 48 cents from a quote around par at the end of February, that is, since the measures to contain the contagion from Covid-19 ,and therefore to lock down of offices and meeting places, have led to imagine that this year the group will necessarily have to suffer a drop in turnover. So now on the market, the rumors of a possible IPO, which have been circulating for almost two years (see here a previous article by BeBeez) or alternatively rumors of a possible new debt refinancing with new bonds, have been replaced by the rumors that cast doubt on the Selecta’s ability to survive this crisis without resorting to a debt restructuring.

According to an analysis by British research company Everest Research, Selecta has enough liquidity to manage the situation today, but will have to reduce debt in the long term, because otherwise debt restructuring will be necessary. And this in the hypothesis of a basic scenario of evolution of the coronavirus infection and its effects on the economy and therefore on the expected turnover of Selecta.

To date, the bond prices give Selecta an implicit assessment of 3.6x the expected ebitda for 2021 and 3.2x the ebitda of the last 12 months calculated at the end of 2019. For this reason Everest Research has changed the his “avoid” rating, assigned on February 26, to Conviction Buy, at the current price of around 50 cents and believes that “Selecta and its sponsor KKR have the tools to preserve the group’s value”. Things could change for the worse, however, in the case of a negative macroeconomic scenario, which implies a very important and prolonged impact of the contagion containment measures; as they could change for the better if the effects of the coronavirus on the economy will be less than expected.

Last March 13 Selecta in a note warned the bondholders that “a key priority for 2020 is to generate positive free cash flow following financing and we started the year in a very disciplined way with a view that we would achieve this goal in the second half of the year. The COVID-19 situation has made this goal more challenging but we are actively putting in place extensive mitigation plans to improve cash flow and liquidity in the short-term. These plans include actions such as reductions in discretionary spend and temporary staff as well as adapting hiring plans and contract roll-outs to fit the changing demand “(see the press release here). 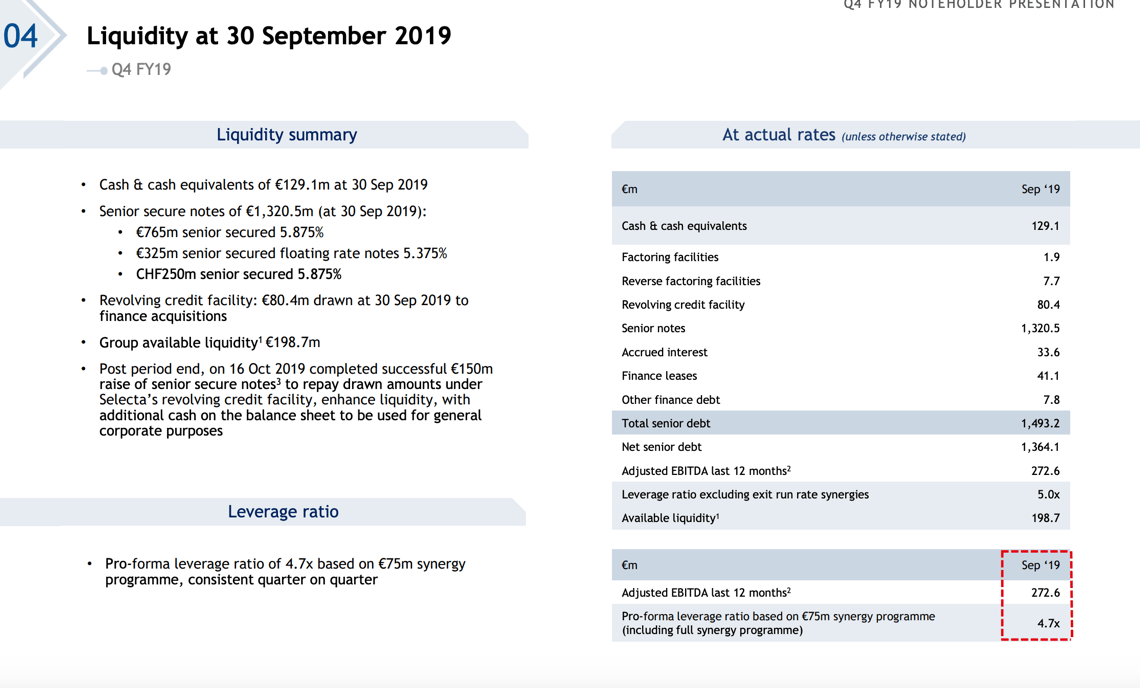 The group closed the 12 months ended 30 September 2019 with about 1,63 billion euros in revenues, an adjusted ebitda of 138.2 millions and a net senior debt of 1.36 billions (see the presentation to the bondholders here). Selecta postponed the end of the year to December 31st, while earlier to September 30th. The 2019 of the year for 15 months will be presented next April.

The two outstanding bonds represented the third debt refinancing for Selecta. Previously, in 2014, the company had refinanced part of the debt with 550 million euros of high yield bonds and in parallel KKR had injected 220 million euros of PIK financing, which had avoided debt restructuring. The proceeds of the bonds were only used for a small portion to refinance Argenta’s debt, while for the most part they went to repay Selecta’s bonds and credit lines.

Recall that Selecta was listed on the stock exchange until 2001, the year of delisting by the British catering group Compass Group. Founded in 1957, Selecta in 1985 had become the property of the listed Swiss logistics and trading group Valora, which had then brought Selecta onto the list in 1997. Compass had then sold Selecta to Allianz Capital Partners flanked by BlueBay in 2007 in a deal with a very high leverage (690 million pounds of debt out of a total deal value of 772 million euros, see Reuters back then), typical of those years. But that debt, following the global financial crisis, had put the group in crisis.

In March 2012, the Selecta group then sold the Italian subsidiary Selecta Italia to the Italian IVS Group (see the press release of the time here), which in turn had just announced the business combination with Italy 1 Investments, the Spac under Luxembourg law promoted among others by Vito Gamberale and Carlo Mammola. Italy 1 Investments was the first Spac to be listed on Piazza Affari (download  the last BeBeez Spac Report here, available for BeBeez News Premium subscribers).

After an unsuccessful attempt to sell the group by Allianz Capital Partners in 2012, KKR intervened in 2o14 with an injection of 220 million euros of financing. Then in October 2015 KKR had bought over 90% of Selecta’s capital from Allianz Capital Partners, with the remaining portion remaining in the portfolio of the Bluebay fund (see here a previous article by BeBeez).