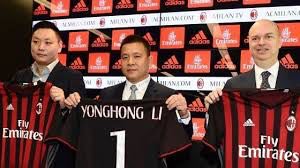 Elliott actually is the only subscriber of Milan’s debt issued both by the operative company AC Milan and by the parent company Rossoneri Sport Lux,

Press agency Ansa which had been anticipating the news also added that Milan’s ceo Marco Fassone will discuss the issue this week during a trip in China meeting the chairman Yonghong Li and the executive director David Han Li. Alternative options will be analyzed with the aim of refinancing the debt about six months prior its maturity.

CWith headquarters in New York, London and Hong Kong, Highbridge is a spin-off of the private equity and mezzanine activities of JPMorgan.