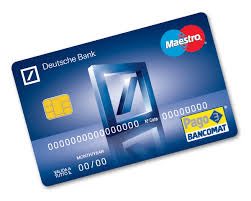 Icbpi’s subsidiary CartaSì actually signed an agreement with Deutsche bank spa in order to buy aits merchant acquiring business in italy, DB Cards Acquiring, for a consideration of 30 million euros. The deal was expected since last Summer, even if the perimeter it was said to be relative to a larger perimeter.

MF Milano Finanza writes the news today referring to a joint press release by Icbpi and its parent company Mercury Uk HoldCo written for Mercury’s bondholder, explaining that the deal also includes a marketing and distribution agreement for a term of five years with a five-year extension, pursuant to which Deutsche Bank spa will continue to service the existing customers of DB Cards Acquiring and leverage its network of Italian bank branches as referral centers and distribution channels in exchange for a management and distribution fee.

DB Cards Acquiring consists of Deutsche Bank spa’s merchant acquiring business in Italy, with approximately 15,000 merchants and 19,300 managed POS. Icbpi  estimates that, including synergies and cost savings, the DB Cards Acquiring would have contributed approximately 5.5 million euros adjusted pro forma of ebitda in the 12 months ended September 30, 2016 when the company reached 216.4 millions (from 200.2 millions in ebitda in 2015), after commissions and revenues from services of  642.49 million euros (from 619.7 millions).

At the same time Mercury BondCo priced yesterday a new senior secured  bond with a 600 million euros size maturing in 2021 and structured as Pik toggle notes, which pay a fixed 7.125% cash interest and  a 7.875% interest paid in kind (or capitalized at maturity) which are much better conditions than the one the company obtained last December in a  private placement for a previous bond of the same 600 million euros size. That bonds structured as Pik toggle notes as well paying an interest at a floating rate of 6-month euribor, plus 8.75% per annum with respect to interest payments in cash, and 6-month euribor, plus 9.50% per annum with respect to any interest paid in kind by increasing the principal amount equal to such interest.

The new bonds, which were assigned a provisional B3 rating by Moody’s, are to be listed on the Luxembourg Stock Exchange where are already listed other two bond which had been issued in 2015 to support the buyout.

For Icbpi this is the fourth acquisition since the private equity funds tool control of the bank, taking in consideration also the May 2016  deal on Setefi, the merchant acquiring business and payment services previously owned by Intesa Sanpaolo, and Intesa Sanpaolo Card (foregin payment card issued abroad by Intesa Sanpaolo) for a consideration of 1.035 billion euros. Icbpi then signed a deal to buy control of Bassilichi, a business process outsourcing leader and a major partner for banks, corporates and public entities in Italy, and the merchant acquiring business of Montepaschi.