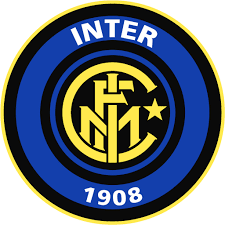 Inter Media and Communication spa, unique manager in the media, broadcasting and sponsorships sector for Italy’s FC Internazionale Milano soccer team (Inter) placed yesterday at par value 300 million euros of senior secured bonds maturing in 2022 and paying a 4.875% coupon, after having raised a orders for as much as double the offer.  S&P’s assigned a BB- preliminary rating to the issue, with a stabkle outlook.

Inter is now first in the Italia A Series and has qualified for the quarter finals of the Italian  Cup, while preparing to celebrate its 110th anniversary of founding in 2018.

The company reached 220.7 million euros in adjusted revenues in the FY ending last June 2017. The bond is secured by Inter’s sponsorhip contracts and revenues from TV broadcasting rights for national and European competitions.

Goldman Sachs was global coordinator and bookrunner in the offer, while UBI Banca was co-lead manager. Inter was advised by Latham & Watkins law firm and by Rothschild as financial advisor. Cravath, Swaine & Moore and  DLA Piper have instead supported Goldman Sachs and UBI Banca as for the legal issues.

Proceeds from the bond issue will be used to repay a 208 million euros debt maturing on July 1st 2019 versus Goldma Sachs itself, which was issued by the bank in 2014 to support Thai entrepreneur Erik Thohir‘s investment in Inter’s shareholders capital. Proceeds from the bond will be also used to refinance a revolving facility and to finance general need of the company (i.e. an acquisition campaign in January). It is not the first time that Inter thinks of a bond. More than two years ago a 300 million bond was said to be in the cards (see here Il Corriere dello Sport), but a deal was not finalized.

The bond is structured in a way similar to the Goldman’s loan as the issuer is compelled to save its cash flows and not distribute them to the operative parent company before having paid interests and capital to its lenders.

Goldman Sachs’s loan, which originally was 230 million euros, helped Mr. Thohir to replace the Moratti family as major shareholder in Inter’s capital. That loan pays a 5.5% spread over the 3 months euribor which now is paying about – 0.33%. When electronic retail Chinese giant Suning acquired about 70% of Inter’s capital in 2016 paying 270 million euros, it also committed itself to refinance Inter’s debt versus Goldman Sachs.

F2i raises 1.4 bn euros from new investors for its third fund and merges with its first fund