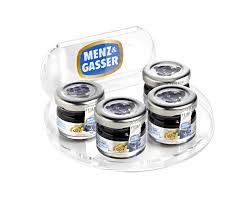 Italy’s leading jams and  semi-processed fruit producer Menz&Gasser with headquarters in Trento announced it has started a new 33.6 million euros investment program for the next four years, 10 millions of which will be financed by a 18-years maturity minibond entirely subscribed by  Trentino Sviluppo, a financial holding owned by the Autonomous Province of Trento (download here the press release). The new investment program follows a previous 23.7 million euros program in 2009-2013.

Thanks to the investment program, the company led by ceo Matthias Gasser aims at doubling the production area in its Novaledo  (Trento)  production plant from 18k to 36k square meters, at buying new production lines and hi-tech machineries, at strengthening R&D and finalizing development of some new products .

These investments will enable the company to increase employment from 110 to 230 employees by the end of 2017 and to increase revenues from 113 million euros in 2014 (of which 52% coming from exports) to 130 millions (of which 60% from exports).

More in detail, Trentino Sviluppo is committed to subscribe the whole bond but the total amount will be paid in installments to the progress of the work. Menz&Gasser will buy 27.9k square meters of production areas from Trentino Sviluppo (1,4 million euros), will build 19.8 square meters of new industrial sheds and related services (14.3 millions) and will invest in production technologies (17.9 millions).

Founded in Lana (Bolzano) in 1935 as a fruit processing company, it soon specialized in the production of high quality jams and semi-processed fruit.  In 1974, the business was transferred to Novaledo and, in 2004, a second production facility was acquired in Verona, to cope with the growing demand of the market.

The core business is that of single portion jams for Ho.Re.Ca., for which Menz Gasser is today’s European leader: the company produces 700 million single portion jams and will reach one billion portions in four years’ time. Clients to Menz & Gasser are also large-scale retail chains and companies in the cakes and pastries sector, in the ice cream sector and the food&beverage industry. The company produces products both with its own brand and with private labels.