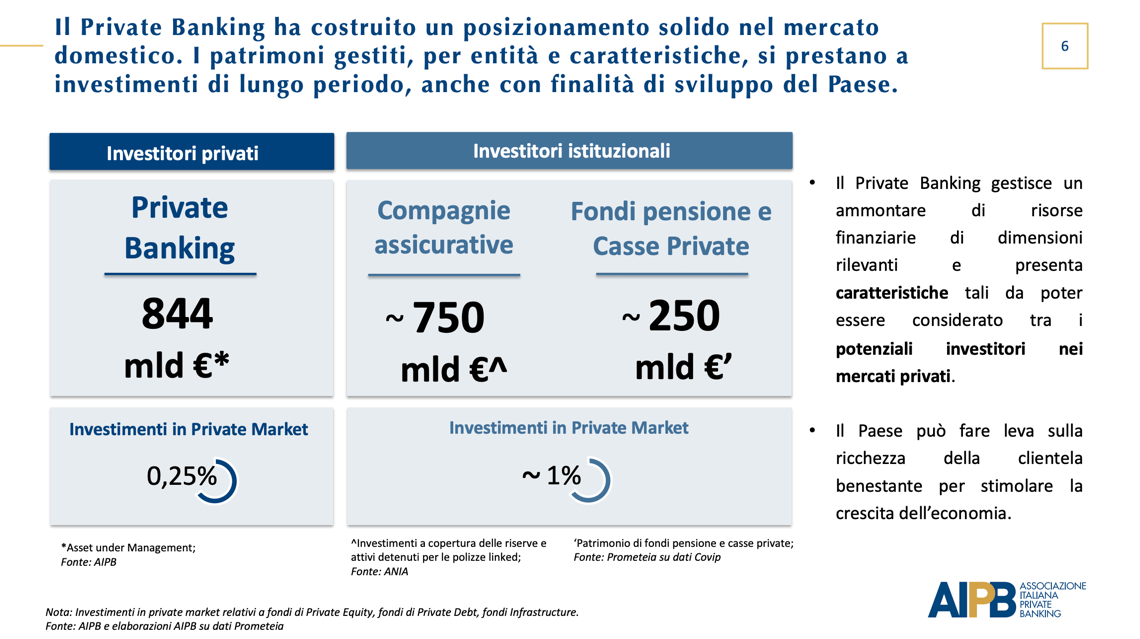 Cassa Depositi e Prestiti (Cdp), which is the National Development Finance Institution in Italy, and Ubi Banca signed a partnership for the issuance of basket bonds for the SMEs based in the South of Italy (see here a previous post by BeBeez). Such issuances are meant for deferring the maturity of the liabilities of the SMEs of the South of Italy. Such basket bonds will carry on the securitization of minibonds for which Cdp and UBI would act as main subscribers in order to attract further investors. Various Confidi may provide guarantees together with the guarantee resources for SMEs by Cdp.  Cassa Depositi e Prestiti is now the underwriter of all the main closed or ongoing deal relating to basket bonds with SMEs issues as a collateral. There are ongoing projects for Puglia and Campania‘s SMEs where Cdp will act as anchor investor as well as it was for the Elite Basket Bond at the end of 2017 and for the first issue of the Export Basket Bond Programme last April.

Milan-listed tourism and leisure company Portale Sardegna aims to issue  4 million euros bond on an undisclosed European market (see here a previous post by BeBeez). The liability can be multi-tranche, will mature in 2024 and pay a gross coupon of 5%. Massimiliano Cossu, the company’s ceo and founder, said that the proceeds of this issuance will finance M&A transactions and the organic development of the business.

Alibert 1967, an Italian food company, issued an up to 3 million euros mixed rate minibond with a floor yield of 5% (see here a previous post by BeBeez). The bond is due to mature on 30 July 2025 and is available to professional investors. The company previously raised 300k euros through an equity crowdfunding campaign on WeAreStarting that overachieved the least target of 0.204 million. The Bertagni, Zanasi and Michelato families founded Alibert in 1967 that in 2016 faced troubles due to a 5.2 million debt and applied for receiveriship in March 2016 to Treviso Court. According to the restructuring plan, Valentino Fabbian (the chairman of Chef Express, part of Cremonini), and his brother Angelbruno, Pierluca Mezzetti, Giancarlo Simionato, and Fulvio Conti (the current chairman of Tim) had the right of acquiring the business. Alibert rented to Alibert 1967 the company’s activities that included the know-how, certifications, clients, human resources, production plants, the stocked goods and the real estate assets. The annual lease fee is of 300k euros for 3 years. Such payments cumulated for the acquisition of the company for 3.5 million, and the payment of severance. The company has sales of 10.5 million with an ebitda of 0.8 million and net profits of 32,000 euros.

Deleveraging Europe, a report of Deloitte, says that in 1H19, the sale of Npls in Europe slowed down by 30% amounting to 140.8 billion euros after the 200 billion peak in 1H18 (see here a previous post by BeBeez). After the regulatory framework change and the banks derisking strategies, the amount of distressed credits is of 636 billion, with a Npl ratio (distressed credits over the total amount of credits) that dropped to 3% (3.6% yoy). Market participants closed in Italy 82 transactions (out of 207 in whole Europe) in 2018 and 42 (113) in 1H19. Since 2014, the amount of deals closed in Italy is of 238.8 billion. Deloitte report says that since 2014 Unicredit sold distressed credits for 37.8 billion, Banca Mps for 35.1 billion and Intesa Sanpaolo for 28.2 billion. Cerberus (102.9 billion), Blackstone (55.3 billion), and Lone Star (49.2 billion) are the leading investors in the European market. Andrew Orr, Global Head of Transactions of portfolio lead advisory services of Deloitte, said that investors raised a significant amount of capital to invest. Given such amount of resources and the regulatory framework, this slowdown is temporary, said Orr. In 3Q19, the value of announced transactions in Italy amounts to over 25 billion according to the last BeBeez’s NPL Report available to BeBeez News Premium subscribers (find out here how to subscribe for just 20 euros per month). Further transactions worth 46 billionS (of which five securitizations backed by the Gacs warranty for 9-10 billion) may close in the rest of 2019.

Giovanni Restelli is the new Head of Operations of Axactor Italy, the subsidiary of Oslo-listed credit management and monitoring firm Axactor (See here a previous post by BeBeez). Restelli will report to ceo Antonio Cataneo and take on Carlo Palla in the role. Restelli was previously Senior Credit Director at Axactor, which operates in Italy since 2016, after the acquisition of CS Union of which Banca Sistema sold its 10% in 1Q19. In3Q19, Axactor Italy had a turnover of 16.8 million euros (+107% yoy). In 3Q19 Axactor revenues has been of 5.5 million (+151%)

The Italian co-operative banks that are part of Luigi Luzzatti signed a partnership for Npe and fintech (see here a previous post by BeBeez). The firms will create a firm for accounting, tax and regulatory service; will set a fund providing liquidity and carry on fintech projects. The baks will also create instruments for the evaluation of portfolios, of a workout unit, of a fund for refinancing the UTPs, and the creation of a firm for promoting the auctions for real estate assets. Vito Antonio Primiceri, is the chairman of Luzzatti which is reportedly working on the sale of Gacs-backed sale of portfolio of distressed credits of 500 million – 1 billion euros.