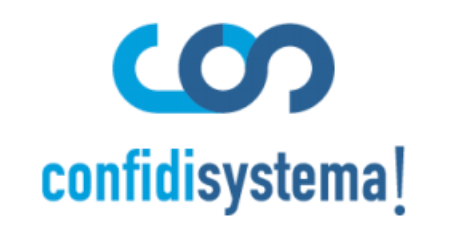 Cdp and Banca Finint launched the Export Basket Bond Programme, a programme of bonds issuance amounting to 500 million euros that will finance the internationalization of the companies that are part of Elite di Borsa Italiana (see here  a previous post by BeBeez). The export basket bonds are bonds coming from the securitization of minibonds with similar features that a group of companies issued at the same time. The bonds of the first 50 million euros worth securitization pay a fixed income coupon of 2.08%, have a tenure of 8.5 years and a structure of amortizing reimboursement. Badinotti Group, Bucci Automations, Fratelli Polli, GFM, Giglio Group, Industria Chimica Adriatica, Magis, Plastica Alfa, Pusterla 1880, and Svas Biosana issued the underlying bonds. Sace the Italian insurer of foreign trade, issued a warranty for 100% of each minibond. Cdp (anchor investor) and Banca del Mezzogiorno-Mediocredito Centrale subscribed 50% and 40% of this issuance, Banca Finint also subscribed the bonds and acted as arranger.

As Andrea Bianchi, coo of Confidi Systema! said to BeBeez in November 2018, Systema Credit Fund, is about to start its activities of direct lending to Italian SMEs (see here a previous post by BeBeez). The fund will also invest in small size minibonds with an up to 12 months tenure. Lorenzo Mezzalira, the chairman of Confidi Systema!, Antonio Lafiosca, the coo of BorsadelCredito.it, and Josef Prader, the founder and ceo of Prader Bank, will hold a presentation of the fund’s activity on 8 April.

TSW Industries, an Italian company that projects machineries for the packaging industries, issued a Milan listed minibond of 2 million euros that Anthilia Capital Partners entirely subscribed (see here a previous post by BeBeez). This liability is due to mature in March 2024 ad pays a 6% annual coupon with an amortising reimboursement structure. Banca Sella acted as advisor and arranger of the issuance. TSW Industries will invest the proceeds of this transaction in its organic development. The company generated abroad 90% of its 8.2 million sales with an adjusted ebitda of 1.6 million, and a net financial debt of 3.3 million.

Banco Bpm said to have received an offer from Credito Fondiario and Illimity Bank for a portfolio of NPEs (see here a previous post by BeBeez). After an eventual sale of such liabilities, the bank could derisk of further 778 million euros.

On 19 April, the shareholders of Milan listed Banca Ifis, a leading NPLs investors in Italy, will hold a meeting for appointing the firm’s new ceo and board members (see here a previous post by BeBeez). La Scogliera, the holding of the Von Furstenberg Family, has 50.18% of Banca Ifis, Giovanni Bossi (3.454% owner) will submit a list of board members together with Francesca Maderna(1.989%), and Marina Salomon (0.546%). The investment funds that own 3.06% of Ifis and Preve Costruzioni (2.14%) will submit two further different lists of board members. Ernesto Von Furstenberg, the current ceo of La Scogliera, may become the bank’s vice-chairman.