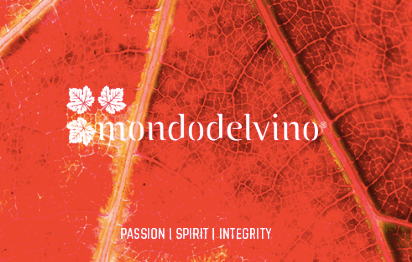 Mondodelvino, an Italian producer and distributor of wine, issued a 15 million euros minibond that Anthilia Capital Partners subscribed (see here a previous post by BeBeez). The bond is due to mature on 31 December 2026, pays a 5% coupon and has an amortizing reimbursement structure with a pre-amoritizing structure of 24 months. Alfeo Martini, Christoph Mack and Roger Gabb founded Mondodelvino in 1991. The company generates abroad 82% of its 110 million euros turnover. The company will invest the proceeds of this issuance in improving the packaging procedures and the energy efficiency of its production cycle. Anthilia launched its third private debt fund in November 2018 and set a 350 million fundraising target for 2020. The fund already raised 245 millions of which 40 million come from a comittement of Cassa Depositi e Prestiti and 40 million from the European Investment Fund

Ledoga, a vegetable tannin extraction company, issud a Milan-listed short-term minibond for 150k euros due to mature in June 2020 and with a 4.3% coupon  (see here a previous post by BeBeez). This issuance is part of a 3 million programme for minibonds with up to one year maturity. Ledoga is part of the Silvateam Group, whose head is Alessandro Battaglia and that has sales in the region of 100 millions. Ledoga has sales of 58.1 million with an ebitda of 10.9 million, and net financial debt of 28.3 million. The company will invest such proceeds in strenghtening its working capital.

Ambrosi, an Italian dairy company, closed the private placement of two minibonds worth 10 million euros (see here a previous post by BeBeez). Unicredit, Volksbank subscribed a liability, Solution Bank the other. The bonds have a 6 years maturity and the company provided its stocked products as collateral. Giuseppe Ambrosi is the company’s ceo and chairman. Ambrosi has sales of 363.5 million and an ebitda of 9.6 million.

Pistacchio, an Italian food company of which Red Fish Kapital has 69.4% since May 2018, issued a senior secured bond of  750k euros  (see here a previous post by BeBeez). The 6 months-maturity bond pays a 6.5% coupon and has a 50% loan to value guarantee by Fondo di Garanzia per le Pmi (Mcc). Pistacchio executives are Paolo Pescetto (chairman and co-founder of Red Fish), Gaetano Salvo (ceo) and Francesca Bazzoli (board member). The company has sales of 16 millions (with a 25 millions target by 2020) and will invest the proceeds of this issue in its working capital.

Muzinich & Co. announced the final closing of its Eltif  fund(European Long Term Investment Fund), Firstlight Middle Market Eltif, that will have resources of 450 million euros, including the financial leverage (see here a previous post by BeBeez). Muzinich launched the products in partnership with Cordusio sim. This fund has a multi-credit strategy and invests in  European syndicated loans and high yield bonds as well as in illiquid private debt transactions. Filomena Cocco is the managing director in charge of business development Europe for Muzinich and said that the company may launch further Eltifs. Manuela D’Onofrio is the head of Investment & Solutions at Cordusio sim.  Muzinich has assets under management for 36 billion US dollars.

Spinosa, an Italian producer of mozzarella cheese, issued a 2.7 million euros minibond due to mature in 6 years, that Fondo Impresa Italia managed by Riello Investimenti Partners, subscribed (see here a previous post by BeBeez). In 2018, Spinosa issued a 4.5 million bond due to mature in March 2024 that Impresa Italia subscribed. Spinosa had 24,2 million euros in revenues in 2018. Luigi Griffo, the controlling shareholder and ceo of Spinosa, said that the company will invest these proceeds in increasing its production capability and in implementing its blockchain technology.

Italian cosmetics producer AreaDerma issued a 2 million euros minibond that the European Investment Fund guaranteed (See here a previous post by BeBeez). Mediocredito Trentino Alto Adige subscribed the liability that is due to mature in 2029. The company will invest the proceeds of this issuance in financing the construction of a 6.25 million plant. AreaDerma has sales of 5.6 million and an ebitda of 0.358 million. Mediocredito Trentino Alto Adige previously subscribed issuances of Pro.Ges Parma, Funivie Seggiovie San Martino, and Innova. The bank will invest up to 10 million in subscribing minibonds of local SMEs.

BM Tecnologie industriali, a producer of industrial instruments, issued a short-term minibond listed on Milan market since 23 December, Monday (see here a previous post by BeBeez). The 150k  euros bond is due to mature on 23 December 2020, pays a 4.4% coupon and is part of an up to 3 million progamme of issuance of liabilities worth up to one million each with a 12 months maturity. B.M. Tecnologie will invest such proceeds in strenghtening its working capital. Bonello Claudio and Masanello Franco founded the company in 1992. BM has sales of 6.6 million and an ebitda of 0.833 million.

Gruppo Tedesco, an Italian producer of bakery items and sweets, issued a 2 million euros minibond that Sviluppo Imprese Centro Italia (SICI) subscribed (see here a previous post by BeBeez). The minibond is due to mature in 6 years and after one preamortizing year it will pay a coupon linked to the 6 months euribor rate. SICI received a guarantee for 50% of the bond’s principal from Fondo di Garanzia per le pmi. Tedesco Group belongs to the eponymous family and has sales of 50 million. Maria Stella Napoli and Agazio Tedesco founded and head the company that will invest the proceeds of such issuance in its organic development. SICI closed 65 transactions in the fields of private equity, venture capital, and private debt. SICI is one of the investors that BeBeez Private Data monitors. Find out here how to subscribe to the Combo Version that includes the reports and the insight views of BeBeez News Premium 12 months for 110 euros per month.

Carige sold for one billion euros a portfolio of NPLs worth 2.8 billion euros to AMCO (fka SGA, see here a previous post by BeBeez). UTPs make 60% of this portfolio. AMCO has currently 24 billion of assets under management, of which 10 billions are UTPs and past dues. AMCO also announced that the Italian Ministry of Economy and Finance subscribed the company’s one billion capital increase. AMCO equity is now of 1.8 billions. After these two transactions, Fitch gave AMCO a long and short-term rating of BBB- and F3, with a positive outlook. AMCO is reportedly holding talks for acquiring NPLs from Banca Popolare di Bari worth in total one billion. Mediocredito Centrale may acquire a one billion worth portfolio of performing loan. AMCO may also launch Cuvèe Project, an investment vehicle for real estate Utps of mid and big Italian banks that Banco Bpm, Mps, Ubi Banca, and Carige may join. Prelios could act as the fund’s manager, AMCO as special servicer. Cuvèe may have initially have resources of 1-2 billions and later of 3-4 billion. AMCO should also buy from Mps a portfolio of Utps worth 7 billions.

MBCredit Solutions (MBCS) signed a two-year agreement for acquiring unsecured retail NPLs from Deutsche Bank (DB) worth up to 270 million euros (see here a previous post by BeBeez). From January 2020, DB will carry on quarterly sales of NPLs MBCS, which currently has a portfolio of 5.6 billions.