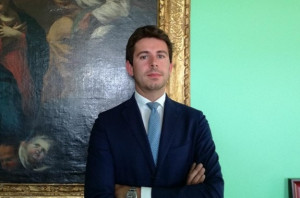 Gruppo Bottero, a glass processing company, received a 20 million euros factoring facility from Intesa Sanpaolo and UniCredit (see here a previous post by BeBeez). The company will invest such proceeds in deliverying a 34 million contract it signed with Enel Green Power for producing photovoltaic panels. Leonardo Ghinamo and Aldo Faccenda are the owner of Bottero which has sales of 141 million, an ebitda of 8.3 million and net cash of 31.7 million.

PMP Industries, an Italian producer of industrial components, issued a 25 million euros bond to finance its organic growth (see a previous post by BeBeez). Sources said to BeBeez that the bond will mature on 6 july 2029 while paying a biannual coupon of 6M Euribor (zero floor) plus 250 bps. The issuer will biannually pay the capital. The company has sales of 150 million euros and a 15% ebitda margin.

Italian fashion and textile firm Plissé issued a 750k euros short-term minibond maturing on 8 July 2023 with a coupon of 4.5% (see here a previous post by BeBeez). Fondo di Garanzia per le pmi provided a warrant for 80% of the amount. Morena Bragagnolo (ceo and 40% owner) and Paolo Mason (60% owner, chairman and ceo) founded Plissè in 1988. The company has sales of 21.9 million, an ebitda of 1.66 million and a net financial debt of 15 million.

Cerved Credit Management, part of ION Investments, aims to carry on acquisitions in Italy and abroad and to invest in NPEs portfolios, ceo Paolo Pellegrini said (see here a previous post by BeBeez). The company aims to increase its supply of services and acquire portfolios of Npls, Utps and performing credits.

Turin Court accepted the receivership application that Italian retailer Scarpe & Scarpe filed on 1 July, Friday (see here a previous post by BeBeez). The majority of the company’s creditors (87%) accepted the plan. The company will repay 16% of its unsecured credits with an up to 4% earnout and a further 2% out of the sale of instrumental goods.