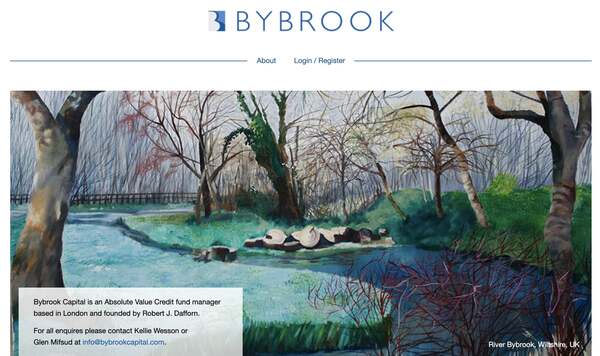 Mediobanca signed the closing of the acquisition of 100% of Bybrook Capital, a London-based investor in European distressed assets (see here a previous post by BeBeez). Mediobanca carried on the transaction through its UK subsidiary Cairn Capital Group with which it will merge the acquired target. Cairn Capital bought Bybrook from previous investors including Blackstone which had supported  Bybrooks’ founder Robert Dafforn, a former partner of Eton Park, when it started its activity in 2014. As a result of the deal, Mediobanca will retain a 64% stake in Carin Capital while the remaining 36% will be owned by former shareholders of Bybrook and former minority shareholders of Cairn. Bybrook has assets under management for 2.4 billion US Dollars. Mediobanca aims to create a player with AUM for 9 billion.

The AvantGarde Group, an Italian digital transformation consultancy firm that belongs to its ceo Alessandro Zamboni, issued a 61 million euros bond (see here a previous post by BeBeez). The company will list the issuance on an European market. ThaAvantGarde Group owns 38.9% of Supply@Me Capital, a London-listed inventory monetization scaleup.

From 20 September  to 2 November, Tuesday, Italian companies may apply for the Fund in support of big companies in temporary slowdown (Fund)  (see here a previous post by BeBeez). Firms with a potentially positive outlook with at least 250 employees, revenues of above 50 million euros or assets of 43 million and more are eligible to apply for the support of the Fund which has resources of 400 million.   The Fund will invest in the form of subsidized financing.

Areus I (Arsenale Reale Estate United States), a vehicle for real estate investments managed by to Arsenale sgr, received a revolving credit facility of 19.1 million US Dollars from IMI – Intesa Sanpaolo (see here a previous post by BeBeez). Earlier in January, Areus had received a 26.3 million loan from the bank. The fund will invest such resources in paying its investors and the optimization of its cash flows.

Sacmi, an Italian producer of industrial machinery, received from Intesa SanPaolo a financing facility of 40 million euros for which SACE provided a warranty of 80% (see here a previous post by BeBeez). The circular economy team of Intesa Sanpaolo Innovation Center also worked on the deal. The loan has a tenure of 8 years with a pricing linked to the achievement of targets for the efficiency of production processes, industrial waste recycling, use of compostable materials, and lowering of pollutant emissions. In June 2020, Sacmi received a green loan of 50 millions from Bnl Gruppo Bnp Paribas. Sacmi has sales of 1.1 billion euros and equity of 682 million.

Vicenza Court set for 16 September, Thursday, a meeting with the creditors of Grotto, the owner of the fashion jeans brand Gas that is in receivership (see here a previous post by BeBeez). Creditors must give their approval to the restructuring plan that would allow the company’s workers to own a 10% of the business while the Grotto family would keep a 90%. Guerrino Marcadella, the judicial commissioner of the company, said that an eventual bankruptcy of the company may destroy value for its creditors. Grotto’s ceo Cristiano Eberle outlined a restructuring plan that would allow the company to pay at least 20% of its unsecured debts, and the whole of its senior liabilities. The Grotto family accused the former board members Enrico Acciai, Claudio Grotto, Barbara Grotto, GiuseppeGrotto, Roberto Grotto, the company’s auditing board, the former auditor EY, the consultancy firm Roland Berger, and Mediobanca of increasing the company’s liabilities by 25 million euros between 2015 and 2019. The Family would invest the eventual proceeds of such a judicial action in paying further its creditors. However, Gas has not attracted the interest of any investor. AMCO, who acquired from Veneto Banca and Banca Popolare di Vicenza the company’s distressed credits, and Dea Capital CCR must decide whether to give their approval for the company’s restructuring plan. Unicredit, Intesa, MPS, and UBI Banca previously received Grotto’s shares as collateral for financing facilities worth a total of 6.5 million. In 1Q21, Gas debt amounted to 53.7 million (34.5 with Dea Capital, 12.7 million with AMCO and the rest with the banks). The company has sales in the region of 26 million with an ebitda of 1.5 million.